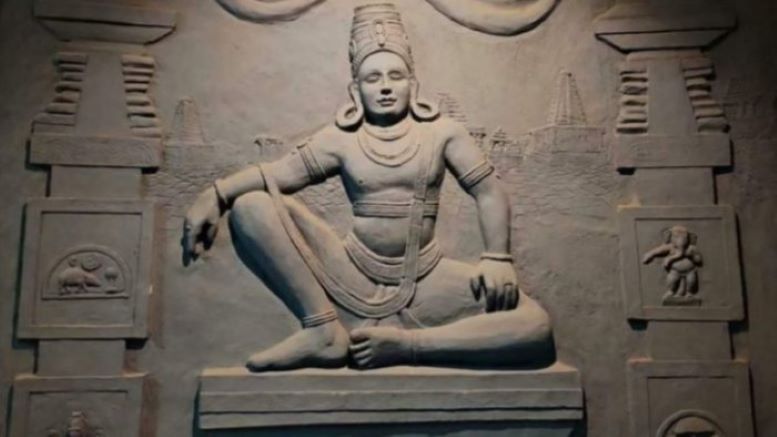 Seculars are now attempting to pit one Hindu king against another by presenting Chalukya King Pulikeshi II as a ‘counter’ to Chhatrapati Shivaji Maharaj. Activists, history enthusiasts, politicians, and movie entertainers among others ran the #ImmadiPulikeshi trend to ‘promote’ a ‘native’ hero.

The omnipresence of Maratha king Chhatrapati Shivaji in every narrative of right-wing politics across Karnataka has set off a new debate in the cultural realms of the state, with hundreds of activists, politicians, history enthusiasts and Sandalwood actors batting for Chalukya king Pulikeshi II (Pulakeshin II)…

…Shivanand Gundanavar, a cyber security specialist and a history enthusiast who actively publicised the online campaign, said there is no need for Kannadigas to glorify outside rulers as icons when they have own heroes in large numbers. “It is indeed a tragedy that across Karnataka we have more statues of outsiders than our regional icons, who built empires much ahead of the established rulers, dating back to the early Indian era,” he said…

…Senior JDS leader Y S V Datta tweeted, “It is ironic that the Kannada and Culture department, which does not remember our native rulers like Sri Krishnadevaraya, Pulikeshi II, celebrates the birth anniversary of a Maharashtra ruler who hardly did anything to Kannada. Invading Kannada states initially, he had to seek asylum in the court of our one of the brave queens.”…

…“The campaign for Pulikeshi is the reaction by Kannada activists to the popular glorification of Shivaji in every step of politics by BJP leaders. It has even gone to the extent of printing his image on Bhagwa flags besides celebrating every incident of his life. At the same time, Kannada activists see indifference to Kannada kings of the past by the same politicians. In fact, Pulikeshi ruled over all of present-day Maharashtra and hence he has now emerged as an icon against the perceived indifference,” said filmmaker and critic S Shyam Prasad.

Even as the secular cabal wants to play one Hindu king against the other, the move is appreciable as it has helped them ‘discover’ heroes forgotten by our history textbooks. The biggest drawback of the leftist stranglehold over Bharat’s history is that Hindu rulers and dynasties have never got the place they deserve. They label Chhatrapati as an ‘outsider’ but have maintained a convenient silence as Congress’ first family was being shoved down their throats, or when a bigot like Tipu Sultan was being celebrated as a ‘freedom fighter’.

For the Hindu society, every Hindu king is worth celebrating cutting across regional lines. As much as the seculars want to propagate the notion of ‘right-wing’ being dominated by Chhatrapati Shivaji, the fact remains that the so-called right-wing would celebrate a Pulikeshi with equal zest. It is only the leftist secular cabal that feels the need to differentiate between Hindu kings.

The positive side of the debate is that henceforth Chalukyas, Rashtrakutas, Cheras, Pallavas, Guptas, and other similar dynasties would probably enter the mainstream discussion rather than remaining footnotes in our history textbooks.