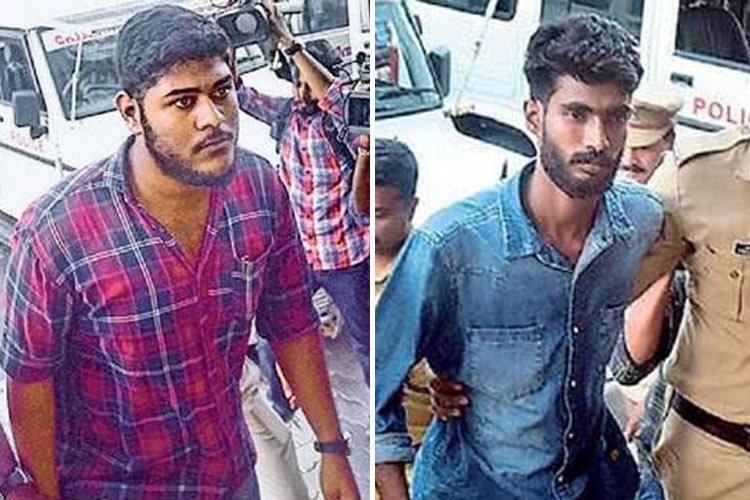 On 1st of November 2019, a police party found three persons distributing booklets and and pamphlets of the banned organisation Communist Party of India (Maoist). Two were apprehended, while the third escaped and is yet to be traced.

Those arrested were Alan Shuhaib and Thaha Fasal. Shuaib is a law student and Fasal is studying journalism. They are both workers of the Communist Party Marxist (CPM). Shuhaib was a member at Kallai Thiruvannur branch. He lost his Students Federation of India (SFI) membership after moving to Thalassery to pursue his law degree. Fasal was Unit Secretary of Democratic Youth Federation of India (DYFI) at Pantheerankavu. SFI and DYFI are the student and youth wings respectively of the ruling CPM party. CPM has since disowned both students.

The two were charged with the Unlawful Activities (Prevention) Act (UAPA) and have been under arrest since then. Bail has been denied multiple times by courts. Digital proof of pro-Maoist activities have been recovered from both accused.

Shuhaib has a history of anti-Bharat activities. There are pictures of him posing with workers belonging to banned organisations. There are also pictures of him attending protest programs organised by Maoists in Kozhikode. It appears he has been working with them since he was a minor. His school authorities had also informed the police, but no action was initiated considering his age. However, he has been under observation of security agencies since then.

MK Muneer, Indian Union Muslim League (IUML) MLA met the parents of both these students and spoke in their defence. The explanation Muneer gave to media – the confident way the accused have protested their innocence made us think, the accused have asked the Chief Minister to bring evidence to prove their guilt.

Ramesh Chennithala, Congress MLA and opposition leader in the Assembly, also met the parents and assured his support for the families and opposed the use of UAPA against the students. He has asked the ruling government to bring back the investigation to the state government. Currently the NIA (National Investigative Agency) has taken over the probe.

Shuhaib’s parents also turned up for the human chain organised by the CPM on 26th January to protest CAA and NRC. Various communist outfits have opposed the CPM Government for having slapped the students with UAPA. Now, CM of Kerala Pinarayi Vijayan has written to the Union Home Ministry (Amit Shah) to hand over the investigation back to the state government.

Maoists work discreetly and are experts in clandestine operations. This is the reason why they choose guerilla tactics to wage war against the state. What is prompting these leaders to stand up for these suspected anti-nationals? It is a commonly known fact in Kerala that Maoists are recruiting from radicalised DYFI and PFI workers.

Now the question being asked is whether all these ‘secular’ parties would have supported these urban naxals if their names were Hari or Shiva, instead of Alan and Thaha?