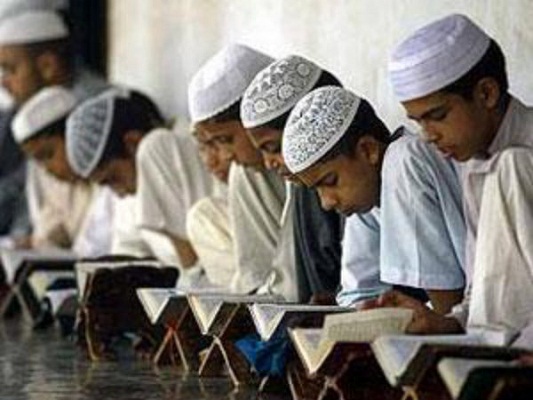 BJP MP Sakshi Mahraj, who hails from the backward Lodh community of UP, is facing a Suo Motu effected police complaint under IPC sections 153B, 295A, 188, 505(3) and 298 for what is alleged as ‘making derogatory remarks against a particular community’ and also for ‘violation of the model code of conduct’. The UP police has taken Suo Motu cognizance of his statement ‘There are problems in the country because of the growth of population. Hindus are not responsible for that. Those responsible are the ones who talk of four wives and 40 children‘.

While all sections possible for hate speech and disturbing the communal harmony have been slapped on him, some people are even alleging that he was trying to seek votes in the name of religion which the Supreme Court has banned recently. The Supreme Court had ruled that politicians cannot seek votes in the name of religion, caste, race, community or language, as it would constitute a corrupt practice sufficient to annul the elections. However, four times MP Sakshi Maharaj has clarified that he was simple addressing a gathering of saints (sant sammelan) and not general public, and that it was not an election canvassing rally.

When one listens to what Sakshi Maharaj said and if one is well aware of the Census figures and Total Fertility Rate  (TFR) trends, his statement sounds so innocuous that even rational progressive Muslims will agree to it. It is a truth that resources are limited while the population is increasing. And whoever is growing more than the average rate, is definitely contributing more to the population growth in terms of percentage. Here is the religion-wise fertility estimates for 2001. Names of the statisticians are mentioned in the end. Though Irudaya Rajan has dismissed any major religio-sectarian impact on demography in the text of this 2005 article, but it is mainly because of the fact that Muslims cannot still sway the demography probably for a few decades in absolute numbers if only one factor of TFR is considered. However, one factor doesn’t work in isolation in the society. There are other factors like illegal migration into Bharat, love jihad which also leads to religious conversion for marriage (because of apostasy and blasphemy), religious conversion as a separate factor etc.  In the above charts, low literacy level of Muslim women (also leading to early marriages) is directly proportional to high TFR. Haryana is the best example.

And by the time the gap totally narrows down, it would already have had a substantial impact on religious demography. In July 2016, The Pioneer published this article on TFR in Bharat which is based on a scientific research carried out by a respected demographic expert based in Germany. Quoting from this write-up :

‘According to Padmavathi Srinivasan, an authority on corporate business informatics who gave up building corporate enterprises and switched over to population studies and research, the Total Fertility Rate (TFR) of Muslim women in India is the highest with 3.7, while the Hindu women lag far behind with a TFR score of 3. Translated to the layman’s language, the Muslim community has 3.7 children per woman while Christians have 3.3 children per woman and the Hindus 3 children per woman.

Srinivasan’s findings are based on various data which include the census figures of 1991, 2001 and 2011, district-level household surveys, annual health surveys, National Family and Health Survey held during 2005 to 2015.

Ajith Ranganath, Chennai-based corporate lawyer who is passionate about demographic studies, expressed reservations about the falling fertility rate of Hindu woman. “The fact that Muslim and Christian women have higher fertility rates is proof of this country’s religious tolerance,” pointed out Ranganath. He also pointed out the vast differences in the fertility rate between the Muslim and Hindu women could adversely affect the religious demography of the country.

West Bengal stands out from the remaining part of the country in this segment. While the national average of females in the 15-19 age group married off in 1991, 2001 and 2011 were 35.7, 24.9 and 19.9 respectively, the corresponding figures for Bengal were 33.7, 29.4 and 28.4. “There has been only a one per cent point decrease in the case of Bengal compared to the national figure of five per cent point decrease.’

It is obvious that every Muslim does not have 4 wives and 40 children, but then there are educated progressive Muslims who definitely see the truth of this issue of population growth and extra burden on natural resources, whether they express openly or not. There sure are Muslim fringe who like to experiment with having more & more kids calling it God’s wish, like this one :

80-year-old Hussain Ali, a frail skeleton of a man from Mohkuli village in Assam, has always sought much more, which is why he’s beaming with joy now that his third of four wives is pregnant with his 31st child.

The self-proclaimed polygamist already has 30 children, 15 of who have their own children to boast. Added to that, his 30th child is only two-months old and in need of frequent diaper changes.

In spite of his age, Ali remains quite content. In fact, during a recent interview with reporter Syed Zarir Hussain from the Indo-Asian News Service, he claimed to have zero regrets and even admitted to finding his wives to be “very good and caring.” He added, “It is all god’s gift and wish that I have a large family of four wives and 30 children.”

Ali’s wives share the same sentiment about him, even though they are each confined to a separate hut and afforded only one or two nights with him per week. Mohirun Nessa, his first wife and mother to 11 of his children, said, “He is a very nice man and very responsible.”

Ali’s only discernible stress stems from his inability to correctly remember the names of all his children. He was, in fact, unable to list all his children to Syed. He explained, “At times I do forget their names but recognize them from their faces.”

Assam to restrict government schemes based on two-child norm