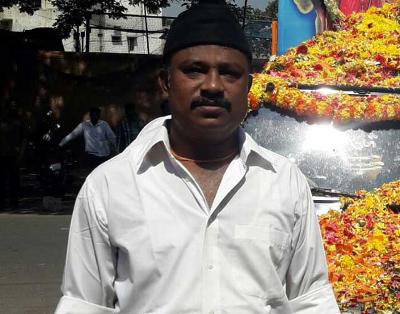 As RSS activist, 35 year-old Rudresh, was hacked to death by unidentified men on bike in Shivajinagar, Bengaluru. As per this news report :

‘According to the police, the victim was returning home after attending an RSS programme when the miscreants hacked Rudresh to death on Kamaraj Road in Commercial Street Police Station limits in Shivajinagar. It is said that Rudresh was wearing RSS uniform when the miscreants attacked him. The police have shifted Rudresh’s body to Bowring and Lady Curzon Hospital for postmortem. A case has been registered at Commercial Street Police Station.’

Going by this news report :

Tension prevailed in the area and shops and commercial establishments were asked to down their shutters as RSS and BJP workers took to the streets to protest the killings.

In view of the sensitive situation, a large number of police personnel including the Rapid Action Force (RAF) have been deployed in the area.

State-wide ‘bandh’ (closure) and protests have been called by RSS and state BJP leaders are also participating in it:

Will be participating in the #JusticeforRudresh protests at Shivajinagar today from 11:30 onwards,BJP Bengaluru leaders will participate too

However, the Bengaluru city police has imposed section 144 in Shivajinagar and more areas till midnight today, i.e. 17th Oct 2016.