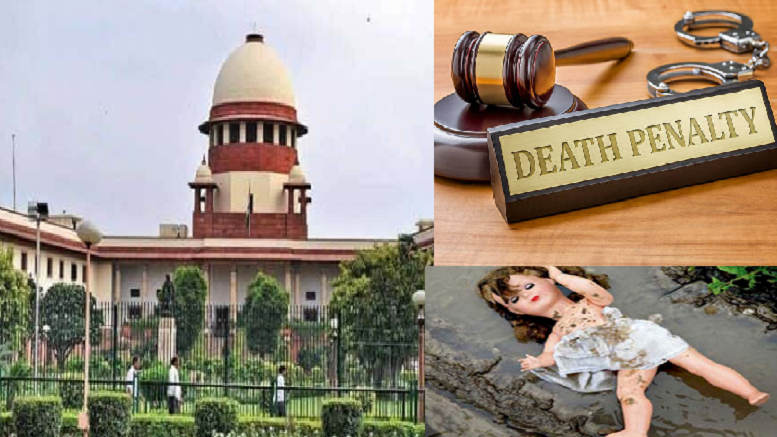 A review petition has been filed in the Supreme Court against its April 19 judgment commuting the death penalty of a man convicted for rape and murder if of a 4-year-old girl.

The top court had commuted the death sentence, saying it is essential to give an opportunity to the offender to repair the damage caused, and to become a socially useful individual, when he is released from the jail.

The review petition has been filed by the mother of the victim through advocate Alakh Alok Srivastava. The plea said: “It is most respectfully submitted that the Petitioner’s 3-years and 8-months old innocent daughter also had a future, however, she was deceitfully kidnapped, brutally raped and viciously murdered by the Respondent No.2/Accused in the most brutal, diabolic, cruel, depraved and gruesome manner.”

The plea contended that the petitioner and her deceased daughter will only get justice when the death penalty awarded to the accused Mohd Firoz will be restored. “Petitioner is most respectfully praying for the kind review and reconsideration by this court in the interest of justice,” added the plea.

On April 19, a bench comprising Justices U.U. Lalit, S. Ravindra Bhat, and Bela M. Trivedi said: “Since, Section 376A IPC is also applicable to the facts of the case, considering the gravity and seriousness of the offence, the sentence of imprisonment for the remainder of appellant’s natural life would have been an appropriate sentence, however, we are reminded of what Oscar Wilde has said – The only difference between the saint and the sinner is that every saint has a past and every sinner has a future.”

The bench added, “One of the basic principles of restorative justice as developed by this Court over the years, also is to give an opportunity to the offender to repair the damage caused, and to become a socially useful individual, when he is released from the jail.”

The review petition urged the top court to restore the death penalty originally imposed upon the accused. “The Impugned Judgment further seems to have overlooked that the Sentencing Policy also needs to consider the deterrent effect and that the punishments before all things, must be befitting the nature of crime and deterrent with an explicit aim to make an example out of the evil-doer and a warning to those who are still innocent. There is no gainsaying that the punishment is a reflection of societal morals,” added the plea.