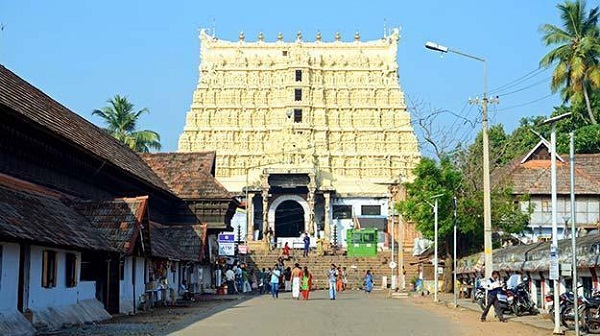 The temple and its assets belong to Lord Padmanabhaswamy, and for many centuries controlled by a trust, headed by the Travancore royal family. However, the Supreme Court has divested the Travancore Royal Family from leading the management of the temple. The whole case started with a Tamilian lawyer T P Sundararajan, filing a litigation that allegedly claimed malpractices in the temple administration. The court appointed an Amicus Curiae , Gopal Subramaniam (he had also served as Additional Solicitor General and Solicitor General from 2005-11 during the UPA regime).

Gopal Subramaniam submitted his final report in 2014. However, the case for trusteeship of the temple is going on. Based on the recommendations by Mr. Gopal, the Supreme Court of India issued an interim order on 24 April 2014 stating that Mr Vinod Rai will supervise special audit of property of the temple.

The intervention plea filed by People For Dharma trust quotes some jarring parts of the amicus curiae report and requests the court for allowing them to present the facts that would lead to public welfare from the point of view of dharma. It seems that Mr. Gopal went overboard in his observations and remarks on the happenings in Padmanabhaswamy temple, rather than looking at administrative aspects of the temple. Some of the most weird, unrelated statements made by Mr. Gopal Subramaniam in his reports are :

“.…Those who administer are unaware of the shastras nor have they made any efforts to inform themselves from the Thantri the proper procedure and methodologies”

“The existing practices showing leadership of the Ruler/successor is not necessarily a Shastric practice and connotes a pre-constitutional paradigm. It is submitted that after the Tripadidaanam, and after the commencement of the Constitution, and abolition of Privy Purse, to permit a person to hold himself out as ‘Maharaja’ is constitutionally incorrect. Prima facie, the practice is not mandated unless the successor has been initiated into the Moolamantra of the vigraha and performs a special role as a ‘dasa’…”

One wonders if Mr. Gopal was appointed to measure the status and respect for royalty in the temple (which can be a very subjective and erroneous take by an outsider, while having a lot of historical meaning to the insiders and devotees), rather than checking out the malpractices in the temple administration!

Here are some more such weird remarks in the reports of Mr. Gopal –

Page 172-73 – “… special upacharas for Lord Hanuman must also be performed. The same should be done forth with in consultation with Dr. Shastra Sharman Nambuthirippadu and Satish Tharanallor”. This is quoted in the interim report submitted by GS (amicus curiae, Gopal Subramaniam) in 2012.

Also, Mr. Gopal ‘s report suggests increase in temple staff salaries which is inconsistent with the annual collections mentioned, which are far less. There are multiple things like this in the report which are either unrelated, or do not given any concrete practical suggestions.

After the initial litigation, and the rumors surrounding the stored ancient wealth in the vaults of the temple, there are people who have developed aspirations to become bhartiya Dan Brown and write fiction on it. However, these people and the whole legal-economic section of intellectuals don’t seem to leave any chance to mock Hindu Dharma via such cases. The mainstream media is full of such write-ups. The unending calls for government accounting & use of this temple’s wealth (wealth of Hindus protected by a royal family) for ‘public welfare’ by a secular government in the mainstream media doesn’t dawn the inherent contradiction in the narrative upon the people, that the same secular government has no right on wealth or earnings of other religions’ places currently.

Such intervention pleas, like this one filed by People For Dharma, are the need of the hour, as not only from economic perspective, we need to view an ancient religious place also from historical and dharmic perspectives.

Terrorist activities on the rise near temples in Kerala?