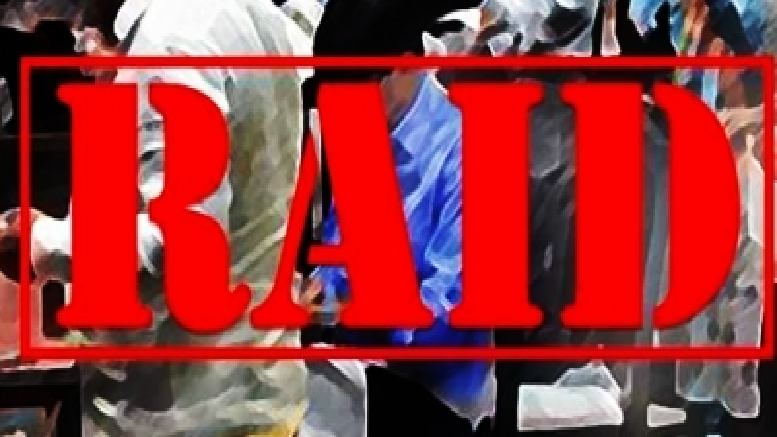 Central Bureau of Investigation (CBI) raids were underway at 33 locations across the country on Tuesday in connection with irregularities in the exams for Jammu and Kashmir Police Sub-Inspectors (JKPSI), a top official said.

According to the official, the raids are going on in Jammu, Srinagar, Karnal, Mahendergarh, Rewari, Delhi, Ghaziabad and Bengaluru.

Searches were also being conducted at the premises of Khalid Jehangir, former Chairman of the Jammu and Kashmir Services Selection Board (JKSSB); Ashok Kumar Mann, controller and an examiner; as well as some officials of the J&K Police and CRPF.

After conducting raids on August 5, the CBI had recovered incriminating documents, devices, answer sheets, applications forms and OMR files which were very crucial to the case.

The CBI officials said that the recovered evidences will nail the guilt of the accused.

The SI exam paper was allegedly leaked by the accused.

The exams were conducted in March.

The CBI after getting a complaint in this respect filed a case against 33 accused.

“Dr Karnail Singh of BSF who is a medical officer; Avinash Gupta owner of tutorial classes, Narayan Dutt, a member of the JKSSB; and private firm Meritrac Private Limited in Bengaluru which conducted the exams have been named as the accused in the FIR,” the probe agency had said.

Recently, the Lieutenant Governor’s administration had cancelled the SI recruitment examination conducted for 1,200 posts of Jammu and Kashmir Police.

After this, the investigation of rigging was handed over to the CBI.