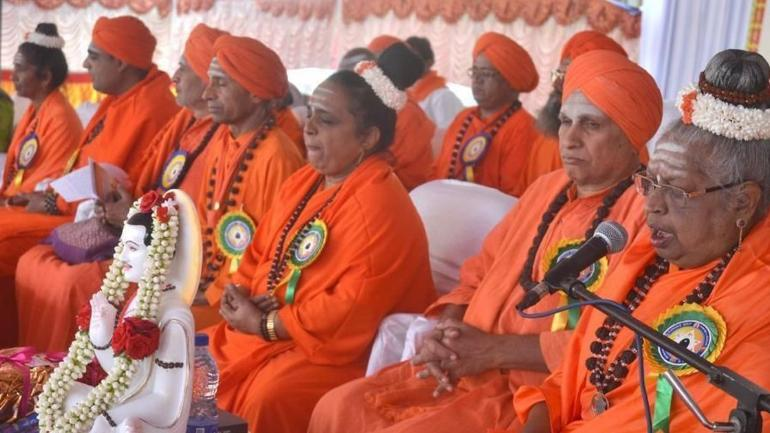 Nearly 200 Lingayat-Veerashiava seers under the aegis of the National Federation of Veerashaiva-Lingayat Seers held a meeting demanding that Karnataka chief minister, B. S. Yediyurappa recommend all subsects of Lingayats community to the Central Backward Class list.

The Lingayat community is one of the most socio-political influential communities in the state, and has given 13 of the 29 Chief Ministers in the last 60 years in Karnataka.

Prior to the meeting, one of the chief organisers of this event, Mahantlinga Shivacharya Swamiji of Vibhutipura Matha, told reporters that none of the participating seers are opposed to those who are demanding reservations for their respective subsects. “It is their Constitutionally guaranteed right, who are we to question about their demands or to oppose them? Our demand is simple and we have not chosen a confrontational path,” he explained.

He claimed that seers from across the country – Andhra Pradesh, Telangana, Maharashtra and other states as well are together on this. “All of us are demanding that all sects of our community should be included in the Central government’s Other Backward Class quota. This will benefit the entire community in one go,” the seer argued.

According to him, there are 102 subsects in Lingayat community and so far only 30 have been included in Central OBC reservation list. “Our fight is to get justice for all 102 subsects instead of thinking about one or two sects,” he said.

Answering to a question, he said that issues raised by Panchamsali subsect are entirely different from what Virakta matha seers are demanding here. “Panchamsali demand is limited to Karnataka and it has to be decided within the state itself. Whereas our demand is directly linked to Central government, thus, we are only handing over memorandum to Chief Minister, Yediyurappa or to his representatives” he explained.