One of The LeT Operatives Who Killed Shujaat Bukhari Did MBA From Bengaluru, Now In Pak – 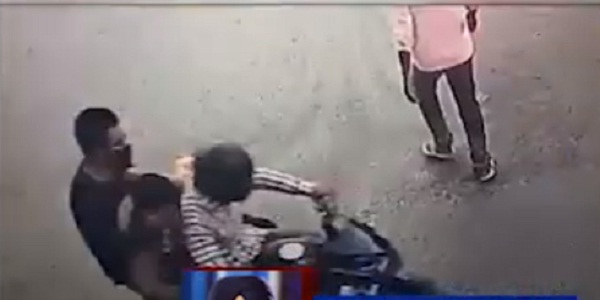 It seems that central agencies and J&K police have identified 3 terrorists involved in the murder of Kashmiri journalist Shujaat Bukhari. Quoting this news report –

Jammu & Kashmir police have identified a 48-year-old Lashkar-e-Taiba recruiter and management graduate, who crossed over to Pakistan five years ago, as the key conspirator behind the assassination of senior Kashmiri journalist Shujaat Bukhari . According to intelligence sources, the mastermind, Sajjad Gul, is a native of Kashmir who did his MBA from a private institution in Bengaluru and is now settled in Rawalpindi, Pakistan.

Bukhari, editor-in-chief of Srinagar-based English daily Rising Kashmir, had angered Lashkar and other Pakistan-controlled terror groups by supporting the Ramzan truce announced by the Centre . Sources said his murder was part of a larger plot, prepared in March after the appointment of former Intelligence Bureau chief Dineshwar Sharma as J&K interlocutor, to target those who supported efforts for peace.

Sources said besides having a management degree, Gul had also trained as a laboratory technician before he turned to terrorism. He was actively involved in terror-related activities.

According to his police file, he was caught and was lodged in Srinagar Central Jail and Delhi’s Tihar Jail before escaping to Pakistan. “His first-hand knowledge about native journalists came handy for the Lashkar-e-Taiba,” a source said.

J&K interlocutor Sharma held meetings with as many as 16 groups, reaching out to families of policemen, tribals, hawkers, drivers and journalists who were killed in terror attacks as well as kin of those who had been lured into joining Lashkar and other terror groups over the past five years.

Sources in agencies and police said Gul set up a blog where he ran a smear campaign against Bukhari and marked many of his targets, including other Kashmiri journalists, peace activists and former RAW officers.

Another accused is a pakistani LeT terrorist Naveed Jatt and the third one is a local Kashmiri. Quoting from news report –

One of them is the Lashkar-e-Taiba (LeT) militant Naveed Jatt, a Pakistani who escaped during a shooting at a Srinagar hospital on February 6 this year. The other two suspects are local militants.

Shujaat Bukhari was shot dead by three  bike-borne militants on June 14 while he was leaving for home from his office in Srinagar’s Press Enclave. Two of the three security guards present with him were also killed.

Another news report says this about Sajjad Gul, the management post graduate who deflected to Lashkar-e-Toiba and Pakistan –

They said a Pakistan-based blogger, a resident of Srinagar and now settled there, has also been identified. The blogger had started a hate campaign against Bukhari after he had attended Dubai conference last year.