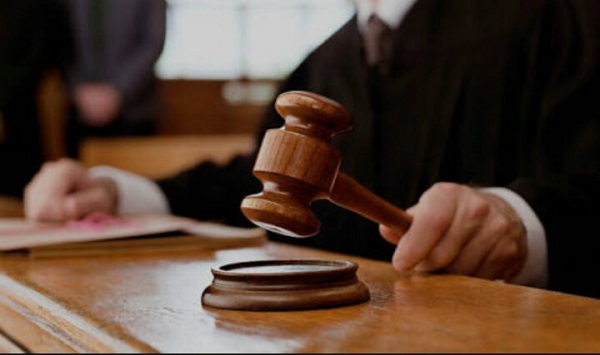 A sudden twist in the case of Sri Ramachandrapura Matha’s Sri Ramashrama site issue exposed the name of the wicked hand that pressurized the BDA official to direct BBMP to withdraw the sanction provided for the proposed plan to construct a Dharmashala, for the use of the public at large at the site.

BBMP had sanctioned licence for the proposed plan to construct community building at the site no. 2A, JP Road at the Vishwa Bharati Housing Co-op Society in BSK 3rd Stage. But BBMP cancelled the sanction on 6th July 2016 upon the PIL filed which stated that the said property is Civic Amenity site which is encroached by the Matha. Subsequently Sri Matha had filed a writ petition questioning the withdrawal of the said sanction.

Hon’ble High Court, during the hearing on June 28 strongly criticized the action and expressed displeasure at BBMP South Zone Planning Commission Assistant Director Sayyed Mubasir Ahmed, Chief Engineer H.T. Bettegowda, Joint Director H.A.Hemchand and a retired BDA engineer Rajagopal. The court also insisted to deposit Rs. 50,000 each as fine and that they be present in person during the next hearing on July 14th.

At the last hearing, in front of the single bench of Sri Vinith Kothari,  a recently retired BDA engineer Rajagopal appeared and claimed that “he wrote letter to BBMP directing them to withdraw the sanction given, upon the oral instructions of then BDA Commissioner Sham Bhat and other senior officials”.  The other 3 BBMP officials were not given permission to give statement as they did not deposit the amount which they were told to.

The advocate of Sri Matha requested the bench to officially record the statement given by BDA Engineer Sri Rajagopal. Responding to this appeal, Sri Kothari directed Rajagopal to file an affidavit stating “he had sent letter to BBMP insisting them to withdraw the sanction upon the oral instructions of then BDA Commissioner”.

This proves how systematically conspirators are trying to malign the image of Ramachandrapura Matha and mentally harass Sri Swamiji by abusing the power of some wicked personalities like T. Sham Bhat, then BDA Commissioner, who are in the influential posts in the Government.

Sri Ramachandrapura Matha, whose administrative office is beside the said site at Girinagar is widely known for the divine cause of Gou protection since more than two decades under the divine guidance of Shankaracharya Sri Sri Raghaveshwara Baharati Swamiji. Most recently, Sri Matha took up as a challenge to feed over 70,000 cows at drought hit Male Mahadeshwara hills in Chamarajanagar district. The campaign was called #GouPranaBhiskha with the support of #GiveUpAMeal social media campaign, wherein the Matha provided over 3000 tons of green fodder in around 60 days span. Over 2 crore rupees project was made possible through thousands of devotees who gave up one meal per week and contributed the saved amount; many of them donated their jewelry too for the fodder. And social media campaign #GiveUpAMeal received tremendous response from all over the country, in which over a million people participated. The efforts of Sri Raghaveshwara Swamiji are highly appreciable regarding conserving rare and precious desi cow breeds.

(This write-up has been sent to us by a devotee of Matha – Shishir Angadi).