Job openings in different government departments in Kerala are supposed to be intimated to the Kerala Public Service Commission (PSC), who in turn is supposed to notify the same through mass media. The recruitment exams should then be held and then eligible candidates appointed. What happens is very different.

Even while PSC appointments are on hold, supposedly due to COVID, backdoor appointments of near and dear ones of the powers that be continue. Many of these temporary recruits, appointed without any exam, who are currently in service are in the process of getting their jobs confirmed.

This situation is frustrating for the deserving young men and women many of whom have taken legal recourse and  have to protest on the streets. Unfortunately, some aspirants have started taking their own lives out of frustration.

The recent suicide of a young man on Onam day is a case in point. S Anu hanged himself after the government started canceling PSC rank lists. Anu’s suicide note clearly states that unemployment is forcing him to end his life. He was the 77th rank holder in the list for Civil Excise Officer. While 72 rank holders were appointed the department did not report 8 more vacancies that were vacant.  Possibly, if the officers responsible had intimated public about these vacancies he would not have taken the drastic step.

Even in all this chaos, the government is working on its minority appeasement. We found a couple of notifications of the Excise department. These posts are reserved for candidates belonging to Scheduled Caste Converted to Christianity! If this is not state-sponsored conversion then what is? The state government is providing incentives to scheduled caste Hindus to convert to Christianity! 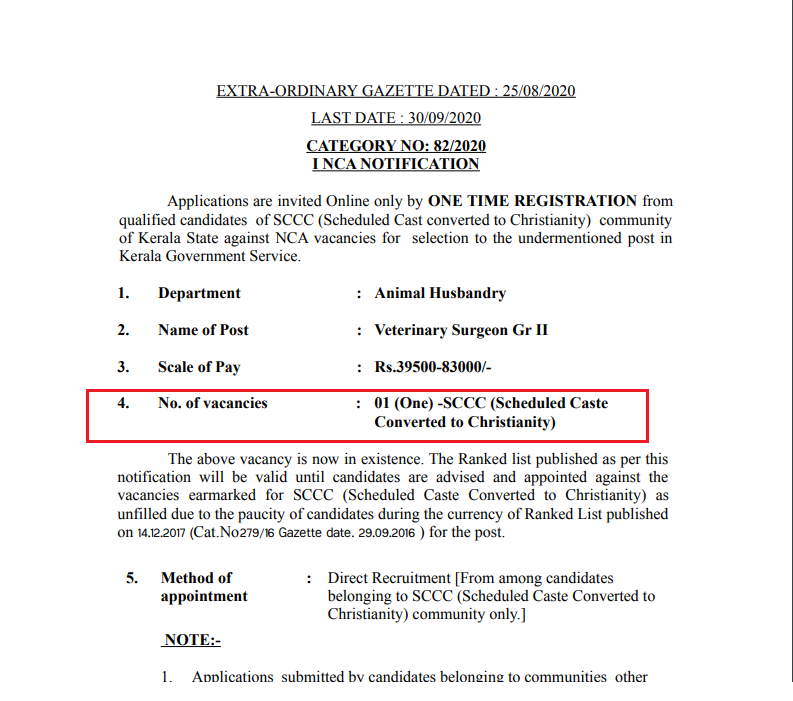 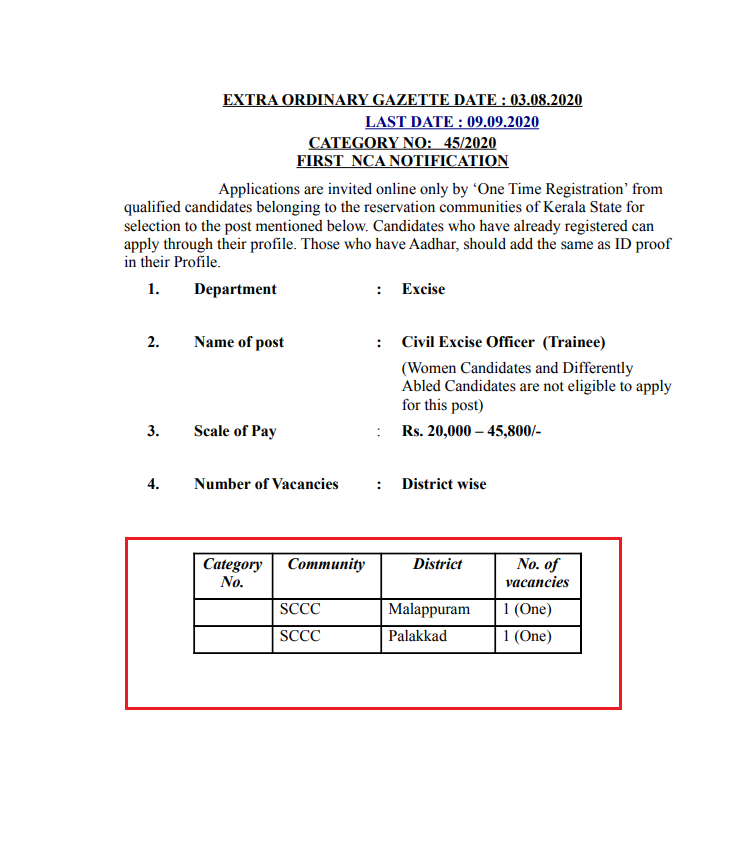 There are multiple court rulings specifically banning government departments from offering permanent posts to temporary appointees. In Kerala, the state cabinet of ministers meets and officially decides to confirm the appointments for scores of temporary staff.

The Kerala Public Expenditure Committee found that in the 2012-13 financial year, there were 33000 odd temporary employees. Projects that they were originally recruited for are mostly long gone. Thus many such employees were drawing salaries without even a job to do!

Close relatives of cabinet rank ministers, powerful bureaucrats, MLA`s, local leaders, party workers have all been appointed without due process. This has led to many undeserving candidates working in different departments all over the state. This has also led to confidential govt files being handled by persons, whose loyalty is to the communist party and not the state.

The perfect example would be the case of Swapna Suresh and Arun Balakrishnan, both of whom are now under the scanner for their anti-national activities. Both were backdoor appointments born out of necessity (for a few bureaucrats) rather than a need (for the state). Department higher-ups were creating vacancies and for cover-up were routing the same through consultancy firms to give it legitimacy, recommending their own candidates to the consultancy firms. This led to candidates that the bureaucrats themselves chose to get into top positions in different government departments.

The consultancy does not mind since they deduct a certain percentage of the salaries that were being routed through them. An uneducated person like Swapna Suresh, with a fake degree certificate and Arun with an MBA done through correspondence, drew salaries exceeding that of the District Collector! Of course, they are not the only ones. The intransigence in bureaucracy for action against the CPIM leaders, active sabotage of investigation etc. might have much to do with such employees whose loyalty is not to the state, but to the Communist Party.

People who oppose such appointments often find themselves in trouble. Saheer Kalady, a Finance Manager at Malcotex (a state government-owned spinning mill) in Kuttipuram found this the hard way. He applied for the General Manager position that came up at the organization where he was working. Unfortunately for him, KT Adeeb a close relative of the controversial Minister for the welfare of minorities, KT Jaleel was also in the fray.

Even though Saheer was academically better qualified than Adeeb and he already had experience in Malcotex, Adeeb was appointed to the post. Saheer complained about nepotism to all and sundry including his managers, the Chief Minister, and the Governor but to no avail. He was slapped with multiple show-cause notices and ultimately he was made to resign from his post, although he had many years of service left. He was even denied his retirement benefits.

A small list of Nepotism at the highest level

However, none can match the exploits of CM Pinarayi Vijayan. He has 11 daily wage domestic workers who work at his residence, the Cliff House. He also has 25 members as his personal staff and 27 to manage his social media accounts and websites! All the above mentioned were employed on a temporary basis but now are permanent staff. He also has five advisers and a press secretary. This is over and above the staff and security allocated to him by the state.

Why temporary staff are needed : an artificial scarcity of staff

There is an artificial scarcity of the staff in Kerala. It has been created by inordinately delaying the proper recruitment process. Officials delay informing the PSC about vacancies. As per rules, If a rank holder declines an appointment to a particular opening, the concerned department is supposed to report the same back to the PSC within 60 days. This is done so that the next rank holder can be appointed.

PSC rank lists are valid for three years after which, if not appointed, they lapse. The previous government led by Oommen Chandy of the Indian National Congress (INC) extended this duration for another year and a half practically making the lists valid for four and a half years instead of three. However, the current Communist Party of India (Marxist) (CPIM) regime led by Pinarayi Vijayan decided to do away with the year and a half extension. The artificial scarcity of staff was thus created and exploited by powers that be.

Unfortunately, the national media is mostly concerned with unemployment issues in the states of north Bharat. The student unrest, unemployment, corruption and nepotism in appointments in Kerala does not make national news. The issue of Christian converts given reservation is not even known to most people in north Bharat!

The Gold Scandal has opened a can of worms. Hopefully, the spotlight on this case will also help expose these irregularities. Innocent lives of talented and hardworking students like S. Anu would not be lost if such issues receive adequate attention and public, as well as judicial scrutiny.