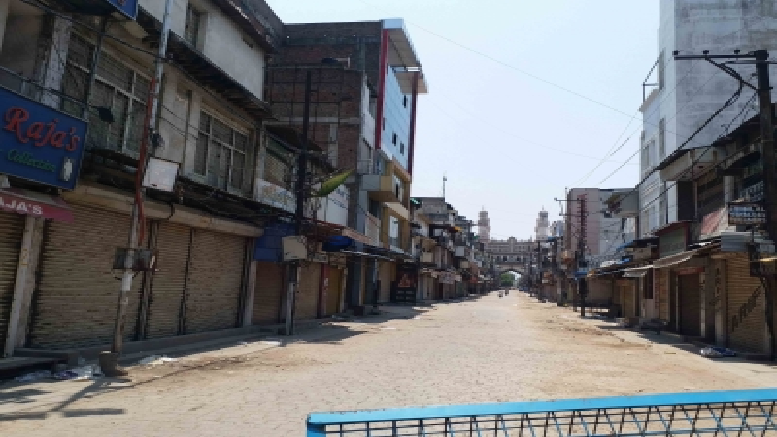 The Nagaland government has clamped total lockdown across the state for eight days while Assam and the other six northeastern states extended the timings of curfew and imposed other restrictions to curb the alarming spread of Covid, officials said on Wednesday.

In Kohima, health officials said that the High-Powered Committee on Covid-19 decided to impose a state-wide total lockdown starting from 6 p.m. on Friday till May 21.

The Assam government on Wednesday issued new standard operating procedures (SOPs) with effect from Thursday. According to the SOPs, the curfew timings across Assam have been advanced to 2 p.m. from the earlier 6 p.m.

Director General of Police Bhaskar Jyoti Mahanta on Wednesday said that the police would register “attempt to murder” case if any one violates the SOPs.

Assam Chief Minister Himanta Biswa Sarma entrusted each of the 13 ministers to oversee the Covid management in at least two districts while he himself would look after the pandemic-related actions and necessities in Majuli district, the world’s largest river island.

After imposing night curfew and other restrictions, the Tripura government has declared three containment zones within the Agartala Municipal Corporation area.

The Manipur government has imposed total curfew in seven of the 16 districts till May 17. The seven include Imphal West and Imphal East districts. In the remaining districts, night curfew would in effect from 7 p.m. to 5 a.m.

The Meghalaya government extended the lockdown in East Khasi Hills district, where Shillong is located, till May 17.

Chief Secretary M.S Rao, in his order, said that weekend lockdowns would be enforced in the remaining 10 districts on May 15 and May 16. “Inter-state movement of people shall continue to be restricted. This shall not apply for transit vehicles of Assam, Tripura, Manipur and Mizoram,” the order said.

The Mizoram government has announced complete lockdown till 4 a.m of May 17 while Sikkim imposed lockdown-like restrictions till May 16. Arunachal Pradesh has imposed night curfew — from 6.30 pm to 5 am – till May 31.