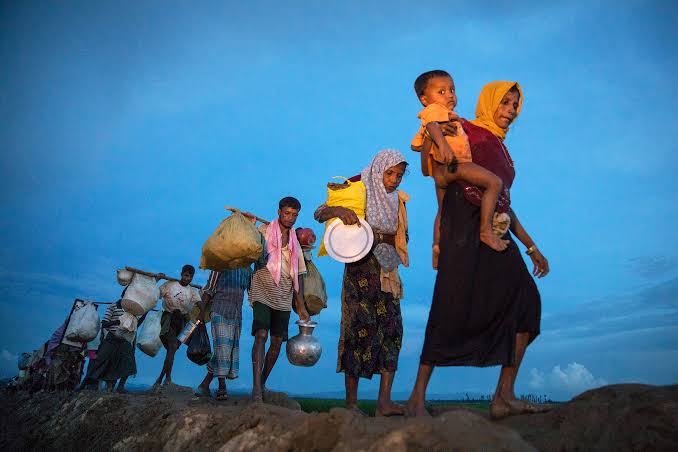 The Mizoram government has decided to enrol children of Myanmarese refugees who have taken shelter in the state after the military coup hit the neighbouring country.

Mizoram’s School Education Director James Lalrinchhana, referring to the Right of Children to Free and Compulsory Education Act, 2009 (RTE Act-2009), has asked all the district and sub-divisional education officers that children aged between 6 and 14 years belonging to disadvantaged communities have the right to be admitted to schools in a class appropriate to his or her age for completing elementary education.

“I, therefore, request you to take the necessary steps to give admission to migrant and refugee children in schools under your jurisdiction so that they can continue their schooling,” said the order issued by the School Education Director.

A senior education department official told IANS that the exact number of Myanmarese students to be registered in Mizoram schools would be known after completing the process of enrollment of the kids.

“The approximate number of Myanmarese students aged between 6 and 14 years sheltered in Mizoram is likely to be 1,000 to 1,200,” the official said on condition of anonymity.

He said that some Myanmar parliamentarians recently had an informal meeting with Mizoram Education Minister Lalchhandama Ralte and urged him to “look into the academic and other problems” of the Myanmarese children.

The Champhai district along the India-Myanmar border is currently sheltering 4,500 refugees, the highest, followed by Aizawl district where 1,700 refugees have taken shelter.

A majority of those who have taken shelter in the bordering state belong to the Chin community, also known as the Zo community, who share the same ancestry, ethnicity and culture as the Mizos of Mizoram.

Mizoram Chief Minister Zoramthanga had earlier urged Prime Minister Narendra Modi to provide asylum, food and shelter to those refugees who have arrived in the state since the military coup in Myanmar on February 1.

Referring to the Union Home Ministry’s advisory to four northeastern states bordering Myanmar and also to the Assam Rifles and the BSF for taking action to prevent illegal influx from Myanmar into India, Zoramthanga had said, “This is not acceptable to Mizoram.”

A Mizoram government delegation had already met the Vice President, Union Minister of State for Home and Home Secretary in Delhi to persuade them to impress upon the Centre not to forcefully push back the Myanmar nationals sheltered in Mizoram.

As per the MHA advisory, the state governments and UT administrations have no power to grant “refugee” status to any foreigner and India is not a signatory to the UN Refugee Convention of 1951 and its 1967 Protocol.

A one-year state of emergency has been declared in Myanmar, where power has been transferred to Senior General Min Aung Hlaing after President U Win Myint and State Counsellor Aung San Suu Kyi were detained by the military on February 1.