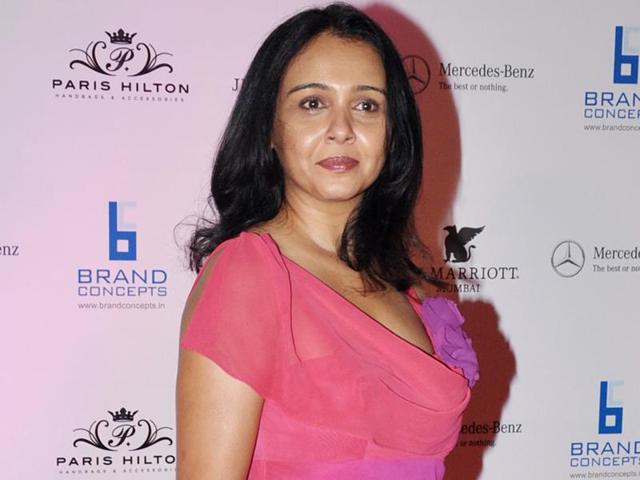 Artist Suchitra Krishnamoorthi has been abused as a prostitute & threatened with sexual violence by Muslim trolls for her recent comments protesting against use of loudspeakers for Islamic call to prayer (azaan) before dawn. Earlier, singer Soni Nigam had also expressed similar reservations about the disturbance caused by the ear-shattering calls to Islamic prayer at 4.45 or 5 AM.

This is what Suchitra Krishnamoorthi tweeted on 23 July –

came home at 4.45 am 2 most aggressive/ ear shattering call of azaan. Nothing more lowlife & dumb than such extreme imposed religiousity

nobody objects to azaan or prayers during decent hours. But to be wakung up entire neighbourhood at 5 am is not civilized https://t.co/PBT94NtuGN

In the last two days, Suchitra has been at the receiving end of unbelievable vitriol with Muslims openly abusing her in the worst possible manner, questioning her morality for coming home early morning, and labeling her as a prostitute.

Suchitra shared a graphic containing some of the abuse she has received: (WARNING: Extremely vulgar language) But the same media which claims to stand up for liberalism, freedom of expression and progressive values has painted Suchitra Krishnamoorthy as the aggressor in this case –

So the vitriolic abuse received by a woman becomes ‘mocking’ for Hindustan Times. Her legally valid protest against illegal use of loudspeakers before 6 AM becomes a ‘rant’ for Indian Express. Both The Indian Express and Hindustan Times headlines piece have grossly distorted Suchitra’s stand by claiming that she called “Azaan ‘uncivilised'” whereas Suchitra’s grouse was with loud azaan (using loudspeaker) before 6 AM.

We hope Mumbai police takes cognizance of the serious threat to Suchitra Krishnamoorthy and apprehends all the social media users involved in this disgraceful character assassination and hounding of a woman. Media houses who have deliberately twisted words to inflame the situation should also be held culpable.

Will the Union Minister of Women and Child development take a stand on this matter?