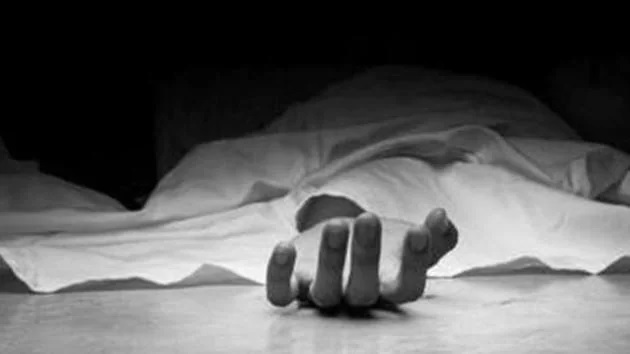 A 24-year-old youth’s body was found on a railway track on the outskirts of Belagavi city in Karnataka on September 28. Initially, the police thought that he committed suicide by coming under the train. However, as per sources, the post-mortem report has raised some doubts over the suicide theory.

The deceased has been identified as Arbaz Aftab Mullah. As per reports, he was pursuing a relationship with a Hindu girl. After the family members of the girl came to know about this, they had warned him to stop chasing their daughter.

In spite of this, Mullah continued trying to contact the girl and pressurizing for marriage. There were a lot of discussions over this between him and the girl’s family, but apparently his behavior continued.

Mullah’s mother Najeema Shaikh, 46, has filed a police complaint accusing that her son, a civil engineer working as a car dealer,  was ‘murdered’ by the girl’s family. The case has now been transferred to the Khanapur police station from the Railway police station.

Indian Express spoke to the mother at length. A government school teacher, she claimed that she and her son had met the other party, and he had deleted “all the photos of his girlfriend” on his phone. What was the nature of these photographs is not yet known.

As per a source we spoke to, locals believe the full facts are yet to emerge in this case. Police and media have been quick to point the finger of suspicion at the girl’s family, and the usual bogey of ‘far-right extremists’/’Hindu activists’ involvement is being raised. Media is reporting that Mullah was in a ‘relationship’ with the girl, but it appears that the girl was being stalked and possibly blackmailed.

Locals point to multiple incidents of Hindu girls being murdered by Muslim youth, either for refusing their advances or trying to break off friendships. A few months back, Saddam Bettageri was arrested for raping and brutally murdering & mutilating a fifteen-year-old Hindu SC (Dalit) girl in Belagavi district. In 2018, a Hindu college student Puja (19) was sexually assaulted and murdered by Shamsuddin in Bidar district for repeatedly spurning his advances.

Countless such cases which have rocked the country like murder of Nikita Tomar, Riya Gautam, Ekta Deshwal, Naina Kaur etc. have also made Hindu parents extremely insecure. Earlier, such cases never reached other parts of the country due to mainstream media censorship, but now people are more aware thanks to digital & social media. Belagavi Hindus want police to do a thorough probe and not just scapegoat the girl’s family under pressure from the powerful secular lobby.

This incident has again shown the bias and double standards of mainstream media in covering such cases. While the Indian Express report on the matter ran into 700+ words, and they had a lengthy discussion with Mullah’s mother, other incidents where Hindu boys are murdered by Muslim families are brushed under the carpet.

The most egregious example was the horrific murder of 14-year old Mahesh Kolli, from an ST (aka Dalit) community, by the mother of a Muslim girl in Kalaburagi district, Karnataka. The girl’s mother Tarabi and her accomplice Mehboob kidnapped the boy, chopped off his genitals and nose, before killing him and dumping his body in a river. Mahesh’s ‘crime’? He had allegedly gifted a mobile to the girl.

Mahesh’s devastated parents were left lamenting that why the girl’s family did not approach them even once to discuss the issue. Now, contrast this with the current case where the Hindu girl’s family held multiple meetings with Mullah and his mother to dissuade him for pursuing their daughter – even police have acknowledged the same.

In another similar incident, K Lakshmipathi was killed by his Muslim girlfriend’s father and brother in Karnataka. Other cases like Ankit Saxena, Rahul Rajput etc might also be familiar to readers. In June, a Hindu SC boy and a Muslim girl were murdered by the girl’s family in front of the boy’s mother in north Karnataka’s Vijayapura district.

In none of these cases did the media bother to talk to the Hindu boy’s families; their coverage was cursory with little personal detail on the victims and their grieving families. They did not dig into the accused’s antecedents to find out if they were associated with any Muslim right-wing organization like JeI, PFI etc. In effect, these cases were treated like routine law & order issues and not as ‘communal crimes.’

None of the Hindu boys who were murdered had hidden their identity while talking to the Muslim girls, or blackmailed/harassed them in any way. Yet, media showed no empathy for them; police did not prioritize investigations and politicians did not issue any statements condemning the murders.