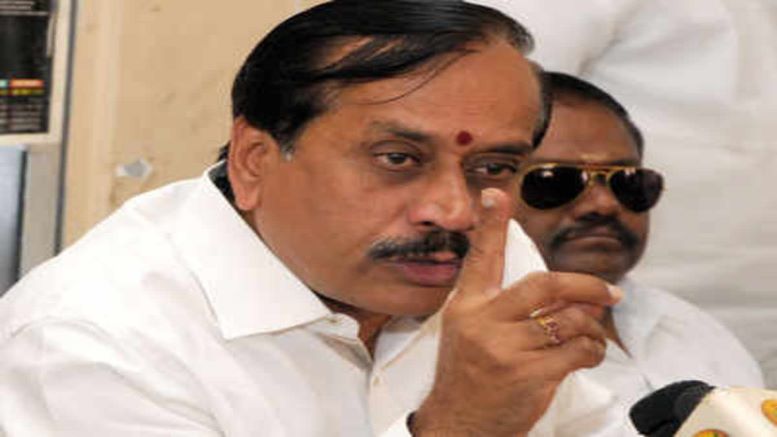 BJP leader H Raja who is known to be outspoken when it comes to Hindu issues questioned the silence of VCK (Viduthalai Chiruthaigal Party) chief Thirumavalavan and his ally M.K.Stalin who vehemently opposed filing cases on Thirumavalavan for his crude speech. H.Raja wondered whether they’ll be able to make similar comments about Sharia which is being followed by Indian Muslims instead of the constitution written by B.R. Ambedkar.

The war of words on religious books has been triggered after Thirumavalavan’s disgraceful comments about Hindu women, in the garb of talking about Manu Smriti which has evoked strong reactions from all sections of the society across the state and the country.

Mulla declares that every Muslim in india and allover the world wants Shariath laws to be implemented in India and challenges .@HRajaBJP ji if he can say the same about Manu Smriti.. pic.twitter.com/zcYP66v1Kk

Taking offense to this some self-professed Muslim scholar has taken to the social media and dared H. Raja to demand Manu Smriti to be made the constitution of Bharat. He said “our brother H. Raja has said that Manu Dharma Shastra is not in vogue today and that it’s not the constitution, but Sharia is being followed now and that whether people can find defects in it or ask for its ban. Dear H. Raja, I ask you as a representative of the Muslim community and a scholar of the religion, every muslim would agree with me here..we Muslims follow only Sharia not only in India but all over the world. We implement Sharia and raise our voice for it to be made the constitution of India. Do you have guts to do the same? Do you have the guts to say that ‘Manu Dharma has to be the constitution; we support Manu Shastra; we want to implement it’? Can you read to the women folk of your family, the rules and regulations mentioned in Manu Shastra about intercourse, man-woman relationship, the sexual relationship between them? If you don’t get beaten with slippers by them after doing so then you can talk about us.”

Even though it’s necessary to counter unfounded criticism of Hindu scriptures, it is also necessary to not dump them as not in vogue while pointing out the ills of other religions and their books as demonstrated in this incident. Hindus abandoning their spiritual roots for the sake of political correctness has further emboldened the Abrahamics and so-called atheists to denigrate them, as we ourselves don’t respect them as much as they should be revered.

While it is true that the Smritis are not followed in this age, the relevance of them still stands valid. That one may feel uncomfortable accepting this fact becomes a stick for the Abrahamics and anti-Hindus to beat us with is what is to be understood from this incident.