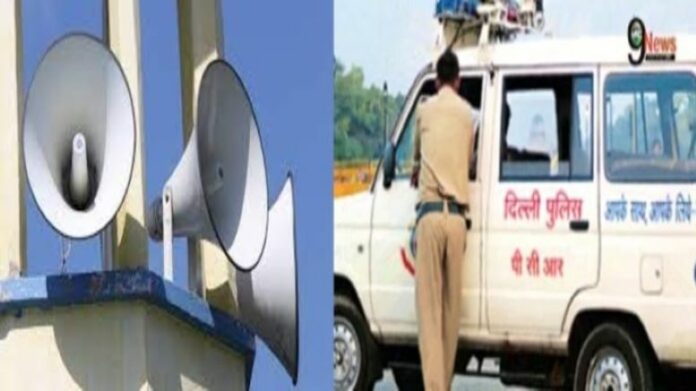 Hindus residing in Kalindi Kunj have alleged harassment by their Muslim neighbors while adding that they were threatened with dire consequences for performing Hindu rituals. Locals are of the opinion that the support that the Muslim community receives from politicians such as AAP leader Amanatullah Khan has emboldened members of the community to harass and terrorize Hindus.

According to reports, a Muslim youth named Danish and his friends barged into the home of a Hindu family in Madanpur Khadar in Kalindi Kunj in Delhi on October 19 and threatened them with dire consequences if the family continued performing pooja.

Shanti Pathak has filed a complaint stating her daughter Natasha was performing the aarti when the incident took place. Danish and his friends even threatened to kill the entire family and break the murti if the family blew the conch or rang the bell. Incidentally, Danish and his associates had issued such threats earlier too and had only been emboldened with time.

The Kalindi Kunj police station reportedly didn’t file an FIR in the case despite Shanti Pathak registering a case. Danish, on the other hand, told the police that his sleep use to get interrupted due to the sound of the conch and bells coming from Roshan and Shanti Pathak’s home, prompting him to do what he did.

An OpIndia report in the case says:

OpIndia got in touch with Roshan Pathak, Shanti Pathak’s husband, to learn more about the matter. He claimed that both Danish and he were summoned to the police station following the event.

He added that Danish had been warned by the police not to repeat the incident. With this, both parties signed a consent document, which was deposited in the office of then-ACP Bijender Singh. As a result, FIR was not registered. The Pathak family, however, was not given a copy of the consent document.

When asked how the Delhi Police handled his case, Roshan stated that he was completely satisfied with their actions. His family was content with the actions of ACP Bijender Singh and SHO Inspector Bhushan Kumar. He stated that his family is not under any fear or pressure at the moment.

He claims that the police respond quickly to their calls and offer all sorts of assistance and support. Roshan stated that since the police intervened, they are being able to worship freely and neither Danish nor anybody else in the colony has tried to bully them.

According to Roshan Pathak, Hindu organizations like Bajrang Dal had provided complete assistance and support to his family at the time of duress.

Natasha Pathak, Roshan Pathak’s daughter, told us that the police had also given her the numbers of their officers in case of any need. She too confirmed that Danish did not dare to create any ruckus after the October 19th incident.

Natasha said that the presence of Muslims in the neighborhood was on the rise. She recalled how one Mohammad Shafi and his wife Gulab Jahan were playing the loudspeaker in full blast and refused to turn down the volume when requested to do so. The resident gave a written complaint to the Kalindi Kunj police in Delhi. Only when the SHO arrived in their locality, did the Muslim family stop playing the loudspeaker, said Natasha.

Kalindi Kunj police station SHO Bhushan said that the victim family’s concerns have been settled and law and order has been restored in the locality. He added that since the issue was resolved amicably by both parties, the police did not register an FIR in the case.

Roshan Pathak, who originally hails from West Bengal’s Siliguri, has been a resident of Madanpur Khadar for more than twenty years. He is an electric rikshaw driver and has a daughter and two sons. He opined that earlier there were few Muslims in the area but now they are in majority. Many Hindu families have relocated due to the incident like the one faced by his family. His wife Shanti Pathak said that earlier they were able to perform pooja but since the Muslim population of the locality has increased, they are facing threats.

Exodus of Hindus due to changes in demography is a phenomena that is increasingly being reported from several places across the country.