Muslim Man Apprehended by Locals While Sabotaging Railway Track in UP 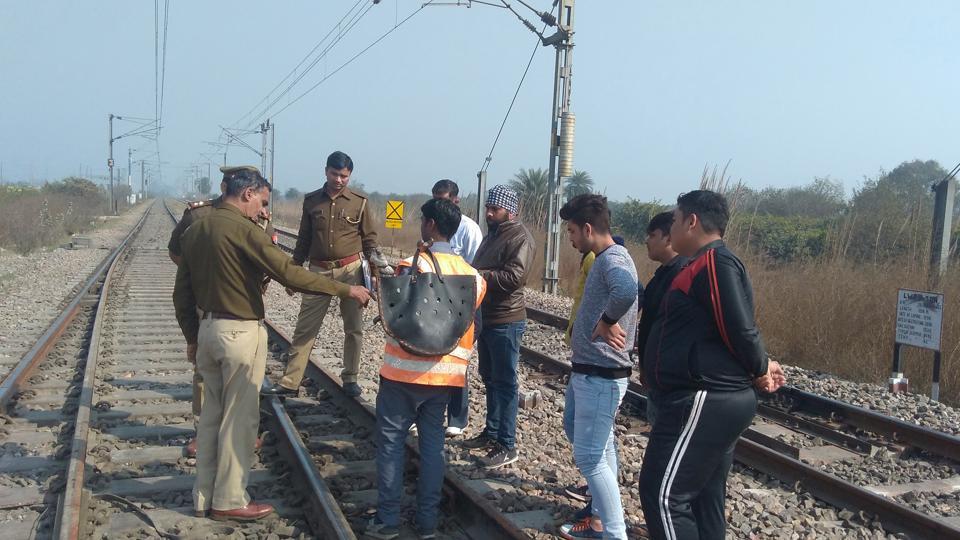 A 30-year-old Muslim man was caught red-handed by locals while removing the fish plates of a railway track in Uttar Pradesh. A big tragedy was averted as the Mumbai-Dehradun Express was scheduled to pass through the same track a little while later.

Had Furqan, a native of Bulandshahr district in Western UP, not been spotted removing the fish plates by the 3 young teens, we could have witnessed another tragic train derailment, adding to the many such disasters which have taken place in the last few years.

According to a report in Hindustan Times –

“Tragedy was averted when three teenagers, who spotted a 30-year-old man removing fish plates from the Ghaziabad-Meerut railway track near Murad Nagar railway station, handed him over to the police around 8.30am on Friday.

The Mumbai-Dehradun Express was scheduled to cross this section at 8.55am. The train was halted at the station for 40 minutes and allowed to move after the track was repaired.

Furkan is being questioned about his intention behind damaging the track. “We have called the local intelligence units. We have also informed the UP anti-terrorism squad. So far, we have not been able to ascertain any ulterior motive on Furkan’s part,” SC Dubey, superintendent of police, GRP Moradabad, said, adding that the man has been booked for damaging property.

“If anything serious is revealed, we will consider booking Furkan under more stringent sections. The man said he removed the fish plates to buy wheat flour,” Dubey said.

The three teenagers spotted Furkan at the railway tracks, nearly 800 metres ahead of the Murad Nagar railway station. They said he was sitting on the tracks and asked them for their mobile phone to make a call. But, the boys refused to give him their phones. When they saw the fish plates he had removed from the tracks, they beat him up and brought him to the railway station where he was handed over to the GRP and the Railway Protection Force (RPF) officials.

The suspect hails from Bulandshahr district and is currently residing at the Idgah locality in Murad Nagar.”

Train derailment through sabotage of tracks has emerged as a new weapon of anti-nationals and terrorists, as we had highlighted in an article last year. In a small span of few months from Oct 2016 to Jan 2017, there were at least 5 attempts to sabotage railway tracks and cause derailments –

And the same tactic is being used one year later as well.

Yet, the media elites who claim to set the narrative and articulate ‘national interest’ cannot bring themselves to acknowledge this dastardly tactic to harm the nation –