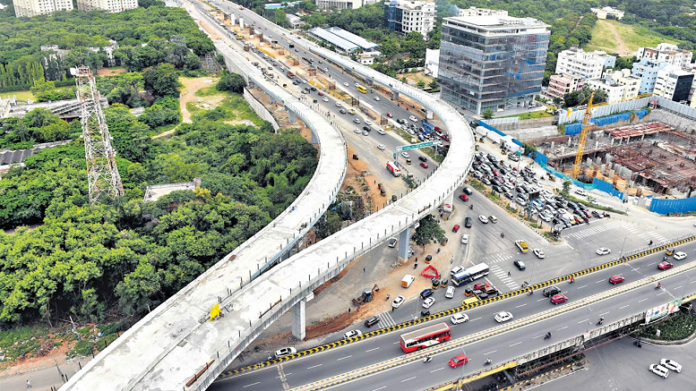 Hyderabad police have announced closure of most of the flyovers in the city in view of Milad-un-Nabi processions in the city on Sunday.

Except Begumpet, Langar House, Dabeerpura, and Lalapet flyovers and PVNR Express Way, all flyovers in the city will be closed for traffic from 8 a.m. to 6 p.m.

In view of the processions in other parts of twin cities of Hyderabad and Secunderabad, traffic will be diverted at various places in north zone, west zone, east zone and west central zone.

The Police Commissioner chaired a video conference with all senior officers, SHOs and traffic wing to review the security and traffic arrangements for the Milad-un-Nabi festival and related processions, meetings to be held from Saturday night.

Since the celebrations are usually marked with bike rallies, processions and meetings emphasis was laid on streamlining traffic arrangements, including diversions, barricading and closing flyovers etc. The traffic officials were instructed to close the flyovers and ensure the procession moves in the pre-determined routes without any hindrances. The concerned zonal DCPs were tasked to liaison with R&B officials to ensure proper barricading is in place.

Instructions were given to close all the establishments in time to prevent any untoward incident and unnecessary crowd movement. City police chief has asked to bind over all the communal history sheeters and keep a watch on the suspects. He urged all the police personnel to be more mobile and visible on field since the event would witness participation of youth in large numbers.

Proper deployment of additional forces, anti-sabotage checks, and several operational issues were discussed in length. Anand asked officials not to be complacent.

Arrangements were being made particularly to cover vulnerable areas of mixed population and places of worship. Special teams will be deployed to keep a tab on rash driving and prevent unlawful assemblies.

The police is also keeping a close watch on social media platforms to check spreading of any unverified or malicious posts. The social media monitoring team was tasked to maintain high vigil.