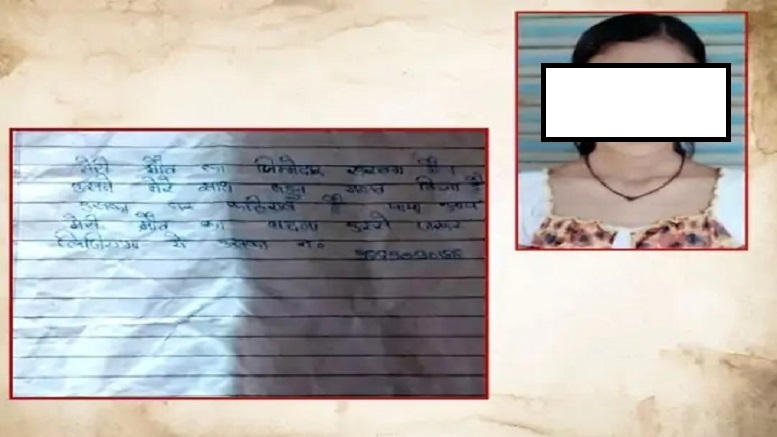 A minor Hindu girl, aged 15, resident of Kamaruddinpur village near Jaunpur, East UP, hung herself from the fan using a sari as a noose. In her five-line suicide note, the teenager said that she was taking the extreme step after being molested and harassed by some men in the village.

Her disconsolate father Surendra Gupta has lodged a complaint against 3 Muslim men – Rustam Ali, Waris and Ali Raza. Jyoti requested her father to avenge her death, and the accused are now on the run.

The minor made it clear in her suicide note that the accused continuously harassed her to death. The abuse had been continuing for the last 3 months and she remained silent fearing public shame. She could not take it any longer and decided to commit suicide.

When she did not come out of her room for a long time, her mother Kiran opened the door and saw her hanging from the ceiling fan. She raised an alarm and the villagers and family members assembled.

They informed the local police, who reached the spot and sent the body for post-mortem. Jaunpur SP Tribhuvan Singh said that Surendra has given a written complaint at the police station. Cases have been registered against Rustam Ali, his uncle, and his grandfather Ali Raza.

Additional police forces have been stationed at the village by the district administration.