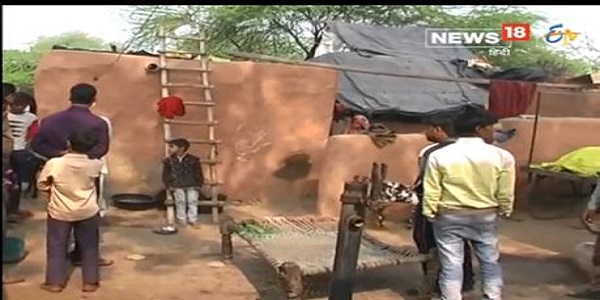 A minor Hindu girl was raped by her Muslim neighbor in Aliganj Kotwali Area of Etah, Hindi news portals News18 & Dainik Jagran have reported. The perpetrator ran away from the scene after raping the girl, leaving her unconscious on the terrace. The girl was admitted in critical condition in the Etah City Hospital.

As per News18, the neighbour Ghulam Hussain, alias Bhura, is a man of criminal mindset and had recently come out on bail in a murder case. On the night of 24th February when the girl went out to relieve herself, Bhura forcibly took her to his terrace and raped her.

When he saw the girl’s condition deteriorating, he left her on the terrace and ran away. The police arrived at the scene upon getting the news and filed a report on the complaint of victim’s relatives. The police has initiated proceedings to nab the perpetrator. While the victim’s condition remained critical, she was referred to Aligarh for better treatment.

It must be noticed that while News18 did cover the incident, it did not reveal the perpetrator’s full name, only referring to him by his alias ‘Bhura’. This kind of self-censorship is a common practise in Bharat’s Delhi-centric MSM – crimes committed by Muslim bigots & criminals are often played down, reported selectively, or censored altogether, with the professed logic being that this is done to avoid ‘communal polarization’. However, similar restraint is hardly observed when it comes to reporting crimes, real or perceived, against Muslims or Christians. Such selective reporting is the exact reason why MSM has come to be so reviled & distrusted today.