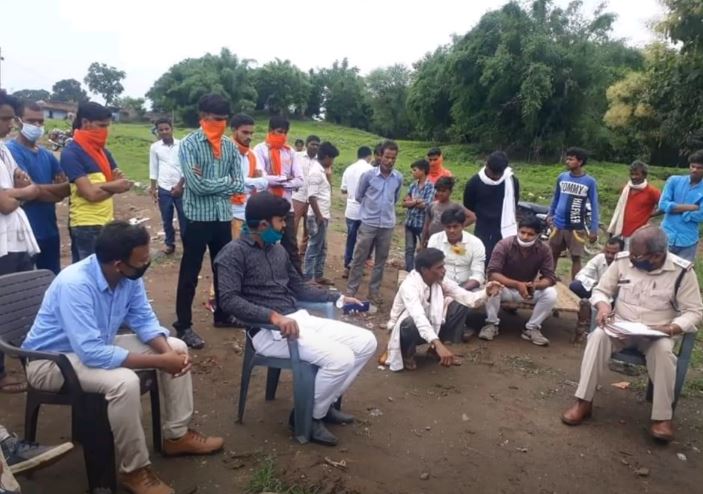 The brutal rape & murder of a 16-year-old Hindu girl has shocked people in Madhya Pradesh’s Singrauli district. Allegations of police inaction have aggravated the situation and the prime accused Alam Ansari was finally arrested almost one month after the girl went missing.

On 18 June, a Makrohar village resident had approached police regarding disappearance of his 16-year-old daughter. Reportedly, the Sasan police station in-charge Priyanka Mishra initially rebuffed him and asked him to go find his daughter on his own. It was only after intervention of higher officials that the FIR was lodged but police still kept dragging its feet and did not make any progress in the case.

A skeleton was discovered on a hillock in a forested area nearby on 12 July, almost a month after disappearance of the girl. In FSL report, the skeletal remains were established to be of the minor girl.

In its investigation, police zeroed in on one Alam Ansari (26) who was reportedly in touch with the victim and it is said that he was sexually exploiting her on promise of marriage. When the underage girl pressed him for marriage, he started avoiding her. Alam Ansari, who was already married and had three kids, became agitated at her repeated requests and he planned to get her out of the way.

In the police complaint by victim’s father (see below), it is alleged that Ansari and 5-6 of his friends had kidnapped the girl, gang-raped her and murdered her in a secluded place in the nearby jungle. To hide evidence of the crime, they dismembered her body and buried it.

The father also alleged that due to the area being Muslim dominated, he fears that he will not get justice and accused will be let off as has happened in an earlier murder case. Expressing his angst against police inaction, he accused Station Incharge Priyanka Mishra of callousness and apathy and demanded her removal from the post. The father claimed that accused Alam Ansari was brought for questioning to the police chowki on the 19th of June, where he also saw local strongman Salauddin Ansari, and the accused was released on the same day.

Political activists, accusing administration of callous approach in the matter, agitated and demanded justice for the victim family. It is said that only after pressure from local activists that the accused was arrested for rape and murder of minor girl. However, the girl’s family and locals allege that several others involved in the crime are not being arrested.

Waking up to building public resentment, the administration finally swung into action and has initiated disciplinary action against three policemen including Priyanka Mishra, Vinod Singh & Pravin Tiwari. The accused Alam Ansari has been booked and arrested under sections 376, 376(N), 302, 201, POCSO Act 4/6.

According to police spokesperson ASP Pradeep Shende, the accused has confessed his crime and further investigation is underway.