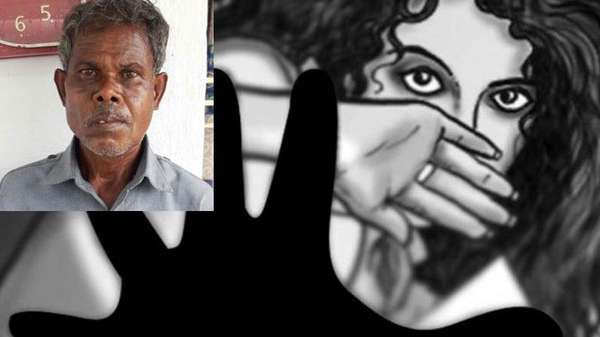 Panneerselvam(54), who had been a pastor at the village church for a few years, was reportedly forcing the 12-year-old girl, the daughter of a church-going family, for sometime. As the girl refused to yield to his sexual advances, the pastor somehow managed to get the girl into his house when no one was around and offered her a cold drink laced with sedatives. Then he tried to sexually assault her but the girl regained consciousness and shouted for help, Telugu daily Sakshi Post has reported.

New Indian Express reports that a villager, not wishing to be identified, saw the pastor committing the crime and immediately alerted a few other women in the village. They then rushed to the spot, overpowered the man and tied him to a wooden post before giving him a sound thrashing.

The girl was taken to a hospital for medical examination. Later in the night, higher ups of the church in Renigunta took Panneer Selvam away. As the parents of the girl were afraid and reluctant to lodge a police complaint, some women of the village took the initiative to notify the Gajulamandyam Police. But

Despite attempts by church higher-ups to hush up the case, police appears to have finally kicked into action – Gajulamandyam police have booked a case and are questioning the accused. The News Minute has reported that Renigunta Dy SP Nanjudappa, who is the investigating officer in the case, arrested the accused on Wednesday and remanded him in judicial custody.

Following police investigation, the accused has reportedly admitted to the crime. A case has been filed under IPC section 354, POCSO and SC/ST (Prevention of Atrocities) Act.

Clip of man being confronted viral

A clip of women in the village rebuking the pastor who was tied to a pole has gone viral. An incensed woman is seen remarking, “You preach for a living and this is what you do.”

Meanwhile, in another corner of the world, a 55-year-old Catholic priest and head of a Catholic school was caught driving a 13-year-old girl to a motel after paying her 16-year-old pimp in Marikina City, Philippines. The Catholic Diocese said it would “not give up” on the priest. Archbishop Cruz of the Catholic Bishops’ Conference of the Philippines said he will collect evidence and testimonies from people with direct knowledge of the case before submitting a report to Vatican, who would take the final decision. “He is innocent until proven guilty,” Mr Cruz said, as reported by ABS-CBN News, adding that clergymen were not saints and could make mistakes