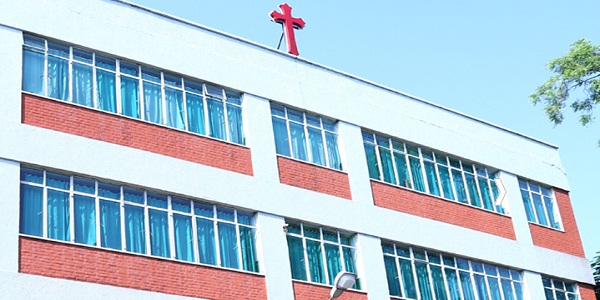 Sophia school in Meerut Cantt, Uttar Pradesh, under the banner of Mission Sisters of Ajmer (MSA), was established in 1950, as part of the collaborative venture of the Mission Sisters of Ajmer. It started as a primary school in a makeshift building in the church premises and later moved to its present location. Being within the jurisdiction of the Roman Catholic Diocese of Meerut, it functions under it and the Bishop. The school website says that preference is given to the Catholic community for admission.

Deputy registrar of Firms, Societies & Chits, Subhash Singh, has questioned Sophia School, Meerut on the fund transfer of Rs. 2.65 crores to various christian missionary societies in a period of 9 years, from 2006 to 2014. As per the Deputy Registrar, the school has violated the Societies Act by transferring the school fees received from students to other Christian missionary organizations without the permission of Deputy Registrar, instead of using the money for the development of school.

The society of school has raised questions on the powers of Deputy Registrar and claimed that the secretary of school society has unlimited rights in this regard. The school has also accused the Deputy Registrar of harassment. However, the Deputy registrar has refuted these allegations, has asked the school to reply again and has also asked for school’s balance sheets  from 2015 to 2018.

In 2003, Sophia School, Meerut was also involved in another court case regarding lease agreement of the land plot on which the school building exists. The school had raised a mandamus writ in Allahabad High Court seeking non-interference of the lessor in school management quoting Article 30 of the constitution. However, the judges M. Katju and R.S. Tripathi had dismissed the school’s petition then.