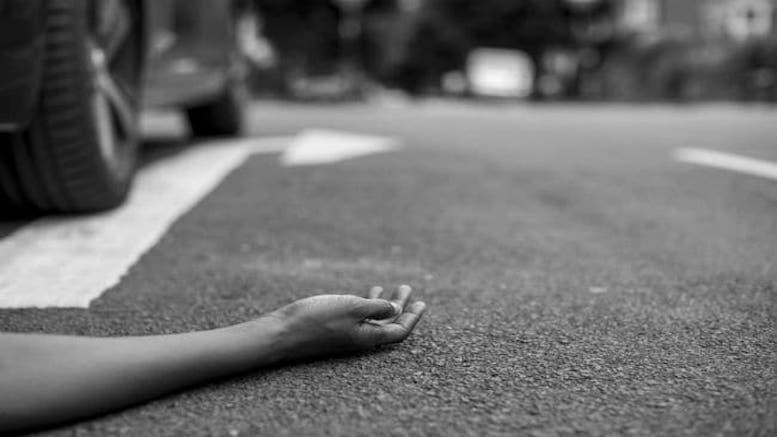 Two Muslim miscreants in an ambulance tried to drag a Hindu housewife into the vehicle and then fatally ran over her father-in-law, Gopal Pramanik, when he resisted. This shocking incident occurred on Gobinda Khatik Road in the Tangra area of Kolkata on Tuesday night when the victims were returning with other members of the family from a marriage ceremony.

“The woman said the ambulance came beside them at a high speed and screeched to a halt. She could hear one of those inside the vehicle telling the other person: “Drag her in”.

“There was one person in the ambulance apart from the driver. I got panicked on hearing what they were saying. Then one of them tried to drag me inside by pulling my left arm. When I shouted, my father-in-law and others rushed to save me. My father-in-law stood before the car.

“When those inside the vehicle found the situation getting messy for them, they drove at a high speed, running over and dragging my father-in-law,” she said, still trembling in fear.

The man was rushed to the state-run Nil Ratan Sarkar Medical College Hospital where doctors pronounced him dead. A local person who saw the incident said the car had dragged the woman’s father-in-law with such ferocity that all his clothes were torn apart.”

What came next was even more shocking. West Bengal police filed it as a hit-and-run case. Officers of Tangra police station informed the family members of the victim and locals that it was a case of hit and run.

On Thursday morning, a large number of angry locals gathered in front of the Tangra police station and shoved currency notes into the pockets of policemen on Thursday, to “motivate” them to slap charges of kidnapping against the accused. A police team that visited the area to collect evidence in the case also faced similar protests.

Joint Commissioner of Police (Crime) Murlidhar Sharma said, “The driver of the ambulance Sheikh Abdur Rahaman and Tajudddin (another accused) have been arrested. Further investigation is underway.”

“The police are trying to protect the culprits. They have taken money from them. We are also giving the police money so that they work for the truth and punish the miscreants,” said a woman who was among those agitating.

This is just the latest instance in a long list of incidents of women being assaulted or sexually harassed by Islamists in Kolkata. Last year, former Miss India Universe Ushoshi Sengupta was chased by a Muslim motorcycle gang, her mobile snatched and her Uber taxi driver assaulted. Then, a popular Bengali television actor Swastika Dutta had a harrowing experience, when Uber cab driver Jamshed dragged her out of the vehicle, threatened and abused her after cancelling her ride mid-way.

West Bengal CM Mamata Banerjee has repeatedly termed instances of rape and other crimes in her state as ‘sajano ghatona’ or ‘cooked up’ cases intended to defame her Government. National mainstream media, which puts every word spoken by any BJP leader under the microscope, has maintained a stony silence over Mamata Banerjee’s total denial of the shambolic law & order situation in her state.