Man Arrested for Getting Passport at Forged Address, Had Faked Hindu Identity for Work & Marriage 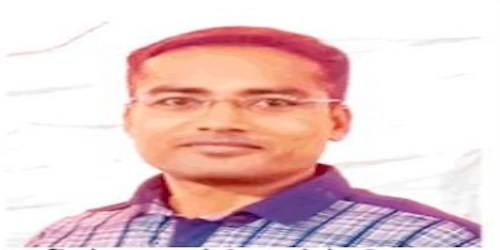 A native of West Bengal, Mohammed Mohiuddin (31), has been arrested by UP police for forging documents to obtain a passport & Aadhar. Mohiuddin had been living in working in Agra, UP for the last 10 years under an assumed Hindu name ‘Gopal’, and had even married a local Hindu girl, Hindi daily Dainik Jagran has reported.

Worryingly, this case also exposes gaps in police & Local Intelligence Unit (LIU) verification process after physical address verification was waived for passport applications by Ministry of External Affairs, in the aftermath of the controversial Tanvi Seth (alias Sadia Anas) case where a passport was issued despite police verification finding that the applicant did not reside at the address provided.

Mohiuddin, resident of Babadpur in Nadia district of West Benga, came to Agra 10 years back and changed his name to Gopal. Using this assumed identity, he started working as a guard in a shoe factory in Chhipitola, Agra. He stayed as a tenant in Rawli for some time under the false identity, and was presently staying as a tenant in the house of one Faisal Khan in Shahid Nagar.

Mohiuddin managed to photocopy some documents of a co-worker, Suresh, and got his Aadhar card made on his original name but after forging Suresh’s address as his own. This brings into question the Aadhar approval process by local authorities which failed to catch the address proof forgery.

Meanwhile, Mohiuddin had a love affair with a Hindu girl and married her a few months back – it is not clear from the news report whether the girl was aware of his true identity or not. Then he decided to apply for a passport – apparently to go and work in Gulf countries. He used the Aadhar card as address proof.

On 12 July, the passport was delivered by post to Suresh’s house. When Suresh checked the passport, he realized the fraud and informed police at Rakabganj police station. A case of forging documents and fraud was lodged against Mohiuddin alias Gopal and he been sentenced to judicial custody till 6 August. Police is investigating whether there is a deeper conspiracy in this whole episode.