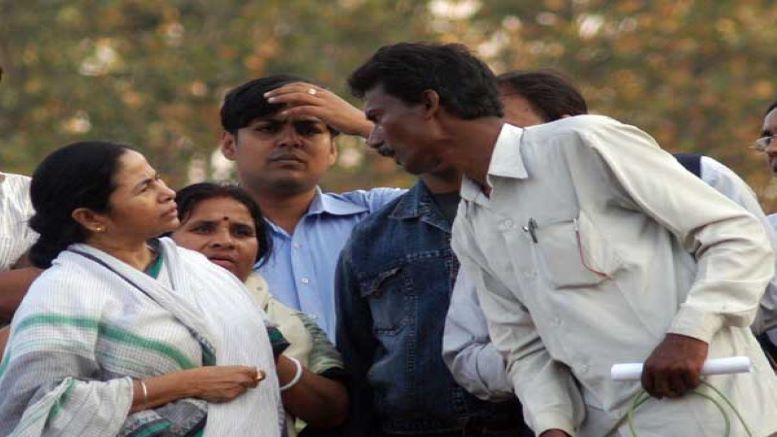 In a major reshuffling, TMC chief Mamata Banerjee inducted former-Maoist Chhatradhar Mahato as the secretary in the state committee of Trinamool Congress on Thursday, July 23rd. The sudden structural overhaul was announced during an internal meeting called by Banerjee, attended by all senior leaders over video conferencing. Having lost important seats to the BJP, the ruling party is attempting a turn in fortune, especially in Jangalmahal where the opposition is gaining the upper hand. The introduction of Chhatradhar Mahato may turn out to be a game-changer for TMC, the leadership opines.

Convener of the “People’s Committee Against Police Atrocities”, Chhatradhar Mahato was a tribal leader who led a people’s movement through the western districts in Bengal.  He came to prominence after November 2008, Salboni Blast, and was arrested in 2009 for orchestrating the bloodied Lalgarh movement. Mahato was convicted under the Unlawful Activities Prevention Act and was sentenced to life imprisonment by a lower court in May 2015. The sentence was later reduced by Calcutta High Court to 10 years. While in jail, he had contested the 2011 Assembly Polls and managed to secure nearly 20,000 votes. Such was his popularity in Jangalmahal. 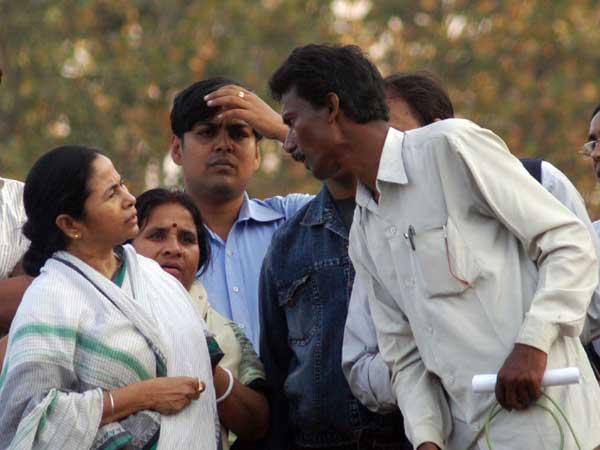 Mahato was released in February 2020, returned home after 10 years, and was seen hobnobbing with the state’s ruling party’s bigwigs. There were speculations about him joining the party after he praised the TMC matriarch during a political rally.

Speaking to Times Now, Mahato shares, “I have always been with Mamata Banerjee, since her congress days. I am a huge fan of hers. It will be a pleasure to work for Trinamool Congress and revive the party in the Jangalmahal belt. Jangalmahal people have always supported me, it’s because of them I became their leader. They were with Mamata Banerjee but later they had drifted away from her. The leaders who were at the helm had become arrogant and lost touch with the people. It’s not a major issue, I believe the day I get into the picture they will return to the folds of Mamata Banerjee.”

While Mahato doesn’t deny the inclusion of Maoists in his movement, Mamata Banerjee’s strong opposition towards them has been well known. The Maoist menace that was synonymous to Jangalmahal at one time, has been brought under control in Mamata Banerjee’s reign.  But it’s equally true that after Mallojula Koteswara Rao’s encounter in 2011, the People’s Movement had lost its vision. Again, with another prominent people’s leader, Mahato, being in prison, the rebels of Jangalmahal had no choice but to return to the mainstream. Hence, the decline in rebellious activities did not translate in favor of the TMC in this part of West Bengal. The BJP bagging 33% seats in Purulia, and 42% in Jhargram was a clear indication of the rise of the saffron party in the area.

This is not the first time the TMC has associated itself with the Maoists, despite it being the very ideology the party supremo had countered and opposed to gain her Chief Ministership back in 2011.

In 2011 itself, the banned CPI (Maoist) had admitted having a “movement-oriented alliance” with the Trinamool Congress. The Trinamool Congress denied the claims calling it a ploy of the Communist Party, but a media statement signed by member of CPI (Maoist) West Bengal state committee, Vikram, stated, “We want our movement-oriented alliance with Mamata Banerjee to flourish, but for that, she’ll also have to stand firmly in favor of the common man…. We fought together during the struggles in Singur, Nandigram … In Nandigram and Lalgarh we even jointly resisted the CPM’s armed cadres and the Centre-state combined forces.”

Again, according to the CID, three Maoist leaders who had spearheaded the Nandigram movement were joined by the Trinamool Congress-dominated Bhumi Uchched Pratirodh Committee. The Maoists had given arms training and supplied explosives to the members of BUPC. As per reports, Trinamool leaders Nishikanta Mondal and Khokan Shit had received an 18 lakhs rupees from the Maoist trio to buy arms.

The ruling party of West Bengal had also put together a legion of former Maoists to counter the BJP in Jangalmahal during the general elections in 2019. Some of these cadres had been in the dreaded People’s Committee against Police Atrocities (PCAPA), while few were from the village resistance groups that had clashed with the Ultras during 2010-12 when Jangalmahal was entirely ruled by bloodshed.

The BJP, however, came out winning the tribal-dominated Medinipur, Bankura, Jhargram, Purulia, Bishnupur in the 2019 Lok Sabha Polls. With this, securing Chief Ministership in 2021 became a tough nut to crack for Mamata Banerjee. Is it the fear of losing West Bengal that took the Trinamool Supremo to the ex-Maoist’s door in Lalgarh?