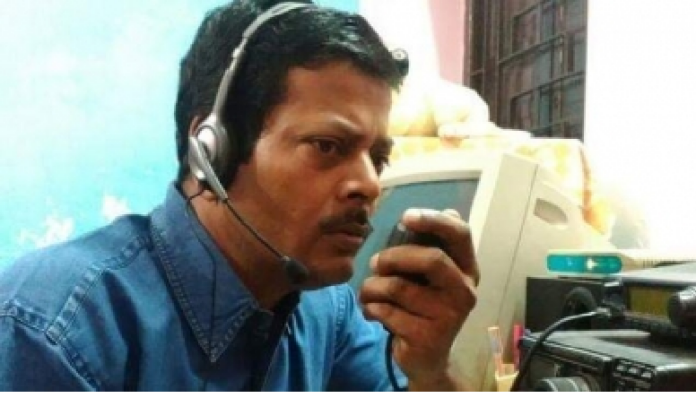 There couldn’t have been a better Durga Maha Ashtami for the Satpute family from remote Bhendala in Gadchiroli, Maharashtra.

On Monday, they received information that their 73-year-old patriarch, missing for over 15 years now and presumed dead, had been found near Kolkata, nearly 1,200 km away.

Dipankar Chatterjee, a retired Indian Air Force personnel, was out for a morning walk along with friends at Ashoknagar in the North 24-Parganas district of West Bengal (about 46 km from Kolkata), when they found an elderly man picking up scraps to eat from a rubbish heap. Chatterjee approached the man and wanted to know his name and where he lived.

“The man snarled back at Chatterjee. The friends then realised that he was suffering from some sort of mental ailment. After some cajoling, the man accompanied them to their clubhouse where he was given food, water and fresh clothes to wear. The group then got in touch with us. They were aware that the West Bengal Radio Club (WBRC) helps reunite such people with their families,” said Ambarish Nag Biswas, secretary, WBRC.

WBRC is an organisation of amateur radio enthusiasts with a wide network across India and other countries. Over the last several years, they have used this network to locate families of people found on the streets with mental problems. After ascertaining from his language that the man was from Maharashtra, members activated their contacts in that state. It didn’t take too long for them to trace his family in Bhendala.

“The police there confirmed that Baburao Bapuji Satpute was a state government employee. Several years ago, he began suffering from a mental disorder and left home. A police complaint was registered but all efforts to trace him were futile. Finally, Baburao was presumed dead. His wife started receiving pension and son got a job on compassionate grounds. They were overjoyed when they received the news on Monday. The family immediately sent his identity details. They will arrive soon to take him back after clearing all legal formalities,” Nag Biswas added.

He said that WBRC is ready to provide free assistance to people in need. The organisation just needs to be contacted whenever such people are found on the streets in or around Kolkata.