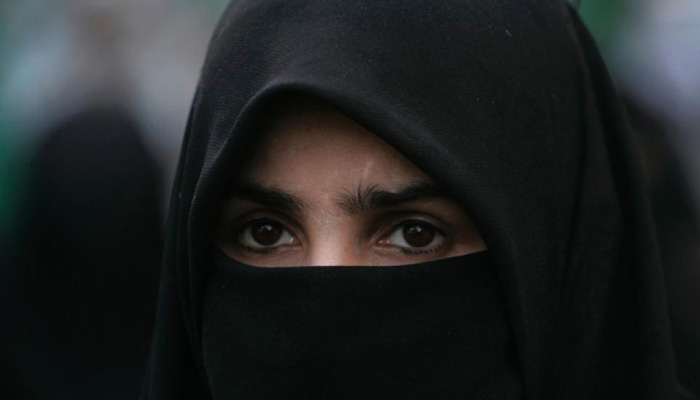 A shocking case involving a Hindu woman being fraudulently married to a Muslim man, forcefully converted to Islam, gang raped & looted by her husband’s relatives, has come to light from Hisar, Haryana.

The 36-year-old woman has lodged a complaint with Hisar police that she and her daughter were staying in Patel Nagar area with her mother, after her separation from her ex-husband. The Muslim man from Bulandshahr, UP used to run a boutique in the same area. He was a frequent visitor to their house. In December 2014 she alleged, finding her alone in the house, the man raped her at knife point.

When she told her mother about the rape, they confronted the man. He claimed to be a bachelor, despite being already married, and on 17 Feb 2015 garlanded her in a Dargah with the promise that he would soon marry her in front of his entire family with all rituals. Under the false promise of marriage, he further raped her on 3 & 23 March 2015. Later, he refused to marry her. The woman filed a complaint with Civil Lines police station in March 2015.

After this, the man and his family lured her to convert and get married under Islamic law. When she went to her in-laws place in Bulandshahr for the first time, she found out that her Muslim husband was already married.

After this, the man and his family started making financial demands – he asked for gold earrings for his mother, and her in-laws stole all her jewellery under the pretext of keeping it safe. They started demanding a car and 5 lakh rupees, out of which she paid 3 lakh rupees.

On 3 June 2015, when she was alone in the house, she was gang-raped by her husband’s 3 brothers and the brother of his first wife.

When she complained to her husband’s parents, they did not let her file any police complaint. Soon after, her husband started living with his first wife in the 12 Quarters area of Hisar. The first wife physically assaulted the Hindu lady on 22 February this year and forced pesticide into her.

The woman has further alleged that her husband and his relatives tricked her into signing some blank papers on the pretext that it was needed for him to divorce his first wife. On 21 March, the husband left Hisar. When the lady checked her belongings, she found some gold jewellery and other valuables missing.

Her husband’s family had fraudulently sold off a flat belonging to her in Housing Board colony and robbed her off Rs. 12,50,000. When she went to her in-laws home in Bulandshahr, they threw her out of the house.

The Hisar city police station have registered a case under various acts against the Muslim man, his parents, first wife and 3 brothers. Visha Hindu Parishad (VHP) and Bajrang Dal activists are supporting the woman and are asking for speedy arrest of the accused.

This case provides yet more evidence of entire Muslim families being complicit in the targeting of vulnerable women of other religions. There seems to be an implicit social sanction within Muslim society, at least in West UP and adjoining areas of Haryana and Rajasthan, for sexual grooming / Love Jihad of Hindu women.

Normally, sexual predators are disowned by their families, and if a victim approaches the perpetrator’s family for justice, at worst she is ignored or turned away. But in case after case involving a Muslim man who has exploited a Hindu woman, when the woman’s family approaches the man’s family for justice, she is shocked to find that the Muslim family is not just indifferent to her plight, they join the perpetrator in sexually and physically assaulting her. Last week, we had seen how a Hindu girl from Haridwar was sexually exploited for 2 years by a Muslim youth pretending to be Hindu, and later the girl was attacked and poisoned by the youth and his father when she reached his house.

Muslim women too join hands in this barbaric treatment and have been found to play a pivotal role in keeping abducted girl’s captive in the Muslim household, luring Hindu girls for relationships with their male family members, or brainwashing Hindu girls to convert etc.