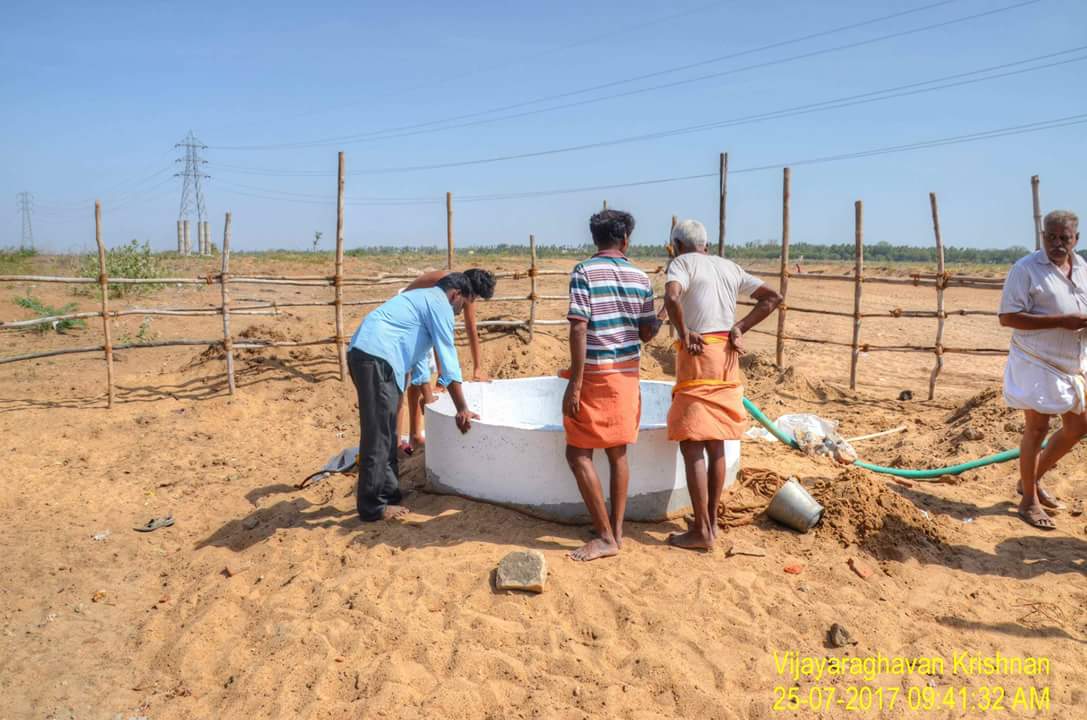 Hindus under attack!!! Hindu temples are looted of their treasures!!! Shiva linga vandalized!!! These kinds of news have become mere words to be read and forgotten by majority in our country. It is unfortunate that Hindus despite of hearing such news are unaware of the gravity of situation on ground. The successive secular minority appeasing governments in Tamil Nadu has always turned a blind eye to the sentiments of the Hindus. Srirangam and Ranganthaswamy temple (popularly known as Bhuloka Vaikuntham) are no exception to this charade.

It is well known fact that Hindu Temples in Tamil Nadu despite of their ancientness have lost their past glories and are treated as mere money minting machines under HR&CE (the organization established by secular government of Tamil Nadu to manage the temples of the state). HR&CE has a track record of mismanagement, theft, interfering with temple rituals and customs. If the happenings inside the temple are no good, the incidents outside are no better or even worse reflecting like a mirror the continuous attack on Hindu beliefs and identities.

A bronze statue of a well-known Hindu basher under the garb of atheism named EVR Periyar with atheist slogans inscribed was installed right at the entrance of Asia’s tallest Rajagopuram insulting its importance in 2006. While atheism opposed the belief of god, Periyar insulted Hindu gods and appeased the minorities by respecting their beliefs. Its a matter of shame that the then Tamil Nadu secular government under the dravidian leader M. Karunanidhi installed a statue of this person in the line of sight between Ranganathaswamy and the Paduka of Sri Chaitanya Mahaprabhu outside the gopuram. So constitutionally while the secular government is allowed to control only the secular aspects of the temple, it has unethically installed a statue of a Hindu basher in Periyar despite of protests by local Hindu through its misuse of powers.

Recently, a well was dug in the Kollidam  river (with TN reeling under drought & the rivers gone bone dry) to get pure water for the rituals of the Ranganathaswamy Temple. Shockingly it was desecrated by miscreants, who threw a beheaded hen inside the well making it impure & unusable.

Everyday teertham (water) is carried on copper/Golden pots on Andal the elephant devoted to Ranganathswamy to perform worship rituals in the temple. This act of the desecration of the well seem to be a well-planned act to disrupt these rituals of Sri Ranganathaswamy. The water was drained out of well & purification rituals (shuddhi) were performed. Now it’s been secured with grill gates. Its tragic that we have been pushed and cornered to safeguard our holy spaces under the control of secular government in this manner, while the other religious institutions are enjoying the benefits from the government based on this income.

While Hindus in Tamil Nadu are fighting against the false dravidian agenda of Hindu bashing promoted by the “Breaking India forces”, the liberal atheists seem to have resorted to the act of desecration of temples in Tamil Nadu to prevent the resurgence of Hindu dharma. Its high time that Hindus across the country realized these mischievous acts and joined their hands together in this fight for the survival of Hindu dharma which has guided Bharat to glory for centuries.

Note: This article has been written by Madrasmami who tweets at @komalavalli23. Hindupost thanks her for bringing this issue to light.