Leftist Terror Continues In Kerala – Time for Centre to Wake Up 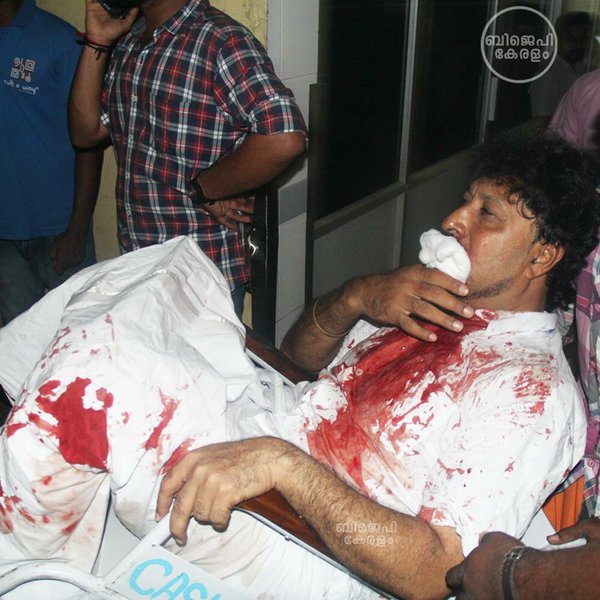 In the latest incidents of brazen leftist terror in Kerala, 26 Hindu activists from BJP were injured, 3 of whom are in critical condition, after their peaceful protest march was attacked by CPM workers with stones &  iron rods at Trivandrum yesterday. In a separate incident, Sunil Kumar from Congress was hacked to death by CPM youth wing DYFI activists in Alappuzha. All this, while CPM leaders like Yechury and Karat mouth homilies for ‘freedom of expression’ sitting in New Delhi.

This brazen hypocrisy of a party (CPM) which to this day idolizes a known mass murderer like Josef Stalin should not come as a surprise. But what is surprising is that the media, intellectuals and even the ruling NDA have not turned the spotlight on CPM/CPI and assorted left organizations for unleashing this reign of terror in their two strongholds – Kerala & West Bengal.

The pattern of murderous assaults by CPI(M) cadre on Hindu activists from opposition parties speaks of a well-planned strategy to assassinate and intimidate socio-political rivals, which in all likelihood was hatched at the highest levels of their politburo. It is high time that the Central Government intervenes and assigns an agency like NIA to investigate the #LeftistTerror. Senior CPM leaders like Yechury and Karat need to be grilled to unearth this deep-rooted conspiracy. Just calling for a bandh (strike) will not suffice. When well-known CPM activists & supporters on social media are brazenly issuing death threats and celebrating murders of ‘Sanghis’ (to be read as any self-asserting Hindu), one wonders why the Union Home Ministry is sound asleep?

In 2012, M M Mani, CPM Idukki district secretary had made a chilling boast at a public meeting on how the party had eliminated politcal foes. A close associate of CPM state secretary Pinarayi Vijayan, Mani went on record saying

“Yes, we have killed the enemies of CPM. We have shot, stabbed and beaten them to death. A hit-list of party enemies was prepared and each of them was executed in that order.”

Recently, CPI-M Kannur district secretary, P Jayarajan, was listed as an accused by CBI under the Unlawful Activities (Prevention) Act in connection with the brutal murder of RSS worker E Manoj in 2014.

Below are some tweets calling for the murder of Hindu activists by a well-known Marxist supporter Arun Nambiar on Twitter who’s bio reads “A Marxist. Life’s too short to have the Govt or Religion control it. The Future is the collective! Currently fighting the Fascist Indian Govt and winning!”

Are CPM and CPI really different from the banned CPI (Maoist)?

The Communist Party of India (Maoist) is a  communist party  which aims to overthrow the government of Bharat through ‘people’s war’. It was founded on 21 September 2004, through the merger of the Communist Party of India (Marxist–Leninist) People’s War Group, and the Maoist Communist Centre of India (MCCI). The CPI (Maoist) are often referred to as the Naxalites in reference to the Naxalbari insurrection conducted by radical Maoists in West Bengal in 1967.

In 2006, Prime Minister Manmohan Singh referred to the Naxalites as “the single biggest internal security challenge” for India.  CPI-Maoist follows Marxism-Leninism-Maoism as its ideological basis guiding its thinking in all spheres of its activities. Interestingly, Maoist ideologues in Bharat also support Islamist jihadi terror which they view as “a progressive anti-imperialist force in the contemporary world’.

In 2010, leftist students from Democratic Students Union (DSU) and All India Students Association (AISA – the student wing of CPI Marxist-Lenninst) organized a meeting in JNU to celebrate the killing of 76 CRPF personnel in Chhattisgarh. To this day, none of the top ‘mainstream’ communist leaders like Yechury or Karat have condemned the Maoist atrocities or their supporters in university campuses like JNU. On the contrary, the statements of CPM leadership in favor of JNUSU president Kanhaiya Kumar and other leftist students who shouted slogans for Bharat’s destruction are well known.

This gives rise to the question – is the fundamental ideology of allegedly ‘mainstream democratic’ communist parties like CPI-M and CPI really different from the ‘revolutionary’ Maoists? Or is CPM the public face of the same ideological fraternity, tasked with engaging in democracy as a continuation of the same class war by other means? This incisive MyInd piece on the rise of urban naxals says –

“Naxal violence though predominantly a rural phenomenon, has steadily made inroads in urban areas. Naxalites have created many Front Organizations in urban areas to facilitate expansion of their movement through democratic means. Most of the Front Organizations are led by well-educated intellectuals with firm belief in Maoist doctrine. These ideologists act as masks to cover the violent nature of Maoist Ideology. The important functions of these organizations are recruitment of intellectual cadres, raising funds, creating urban shelter for underground cadres, providing legal assistance to arrested cadres and mass mobilization by agitating over issues of convenience. There’s a strong presence of what is known as ‘Urban Naxalites’ in the Jawaharlal Nehru University (JNU) often called den of “Urban Naxalites”.”

So the question must be asked – are leaders like Stephens and JNU educated Yechury the suave media friendly front for an ideology that aims to overthrow the State of Bharat? 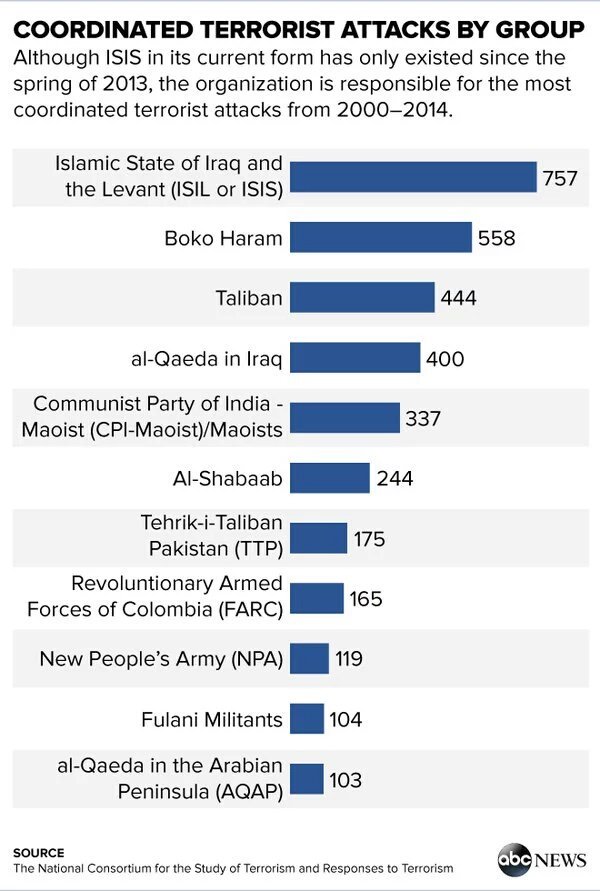 Who are the CPI-M role models?

The ideological father of communists of every hue, including CPI-M, is the German Karl Marx (1818 – 1883). Marx’s two prominent views on Hindus and Hindu Dharma are:

1] “That man, the sovereign of nature, fell down on his knees in adoration of Hanuman, the monkey, and Sabbala, the cow” (The British Rule of India, New York Daily Tribune, June 25, 1853). Marx believed that British rule despite its iniquities was a progressive force for India.

2] “England has to fulfill a double mission in India: one destructive, the other regenerating – the annihilation of the old Asiatic society, and the laying of the material foundation of Western society in Asia” (The Future Results of British Rule in India, New York Daily Tribune, August 8, 1853).

Joseph Stalin was a brutal dictator who ruled the Soviet Union from the mid-1920s until his death in 1953.  Between 1934 and 1939 he organized and led a massive purge of the party, government, armed forces and intelligentsia, in which millions of so-called “enemies of the working class” were imprisoned, exiled or executed, often without due process. After the Soviet Union dissolved, and evidence from the Soviet archives became available, official records revealed 799,455 executions (1921–1953), around 1.7 million deaths in the Gulag and some 390,000 deaths during kulak forced resettlement – a total of about 2.9 million officially recorded victims in these categories. The final number of deaths caused by Stalin’s regime is said to be around 20 million.

This same Josef Stalin is a revered leader for the Left in Bharat. This is what the CPI-M site has to say about Stalin –

“The CPI(M) rejected the approach which, in the name of correcting the personality cult, is negating the history of socialism. The uncontestable contribution of Joseph Stalin in defence of Leninism, against Trotskyism and other ideological deviations, the building of socialism in the USSR, the victory over fascism and the reconstruction of the war-ravaged Soviet Union, enabling it to acquire enough strength to check imperialist aggressive moves, are inerasable from the history of socialism.”

EMS Namboodirpad, was an Indian communist politician and theorist, who served as the first Chief Minister of Kerala state in 1957–59 and then again in 1967–69. In 1964, he led a faction of the CPI that broke away to form the Communist Party of India (Marxist) (CPM). It now emerges that EMS once said “the communists’ project in participating in India’s parliamentary institutions was to wreck the constitution from within“!

And who was EMS Namboodiripad – the one who wanted to wreck the Constitution? Here he is, on @SitaramYechury‘s wall. pic.twitter.com/hd4Y5Jd2qK

Our media, who doesn’t tire of shouting from the rooftops that they represent a liberal & tolerant outlook, routinely runs to CPM leaders and their associates in civil society for news bytes, but have they even once turned the spotlight on a party and ideology that uses murder as a tool  for political ends?

A repeat of Malda is happening in Kerala, main stream media has blacked out news of #LeftistTerror and attack on BJP’s leadership!

The ball is now firmly in the central Government’s court. People voted decisively for this Government in 2014 to ensure the rule of law prevails in all parts of the nation. The law & order situation in Kerala, West Bengal, and parts of UP has witnessed a sharp deterioration. Their will be howls of ‘fascism’ from the usual suspects, but the Government must intervene and take meaningful action – the very integrity of the Union of Bharat is at stake.