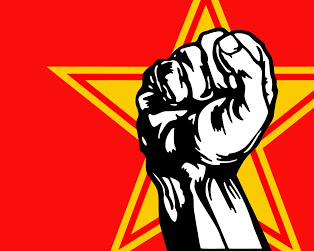 The true face of Left fascism is slowly but surely getting revealed with successive events at JNU. A female student of the Jawaharlal Nehru University (JNU) and a member of the Akhil Bharatiya Vidyarthi Parishad (ABVP) found her belongings thrown out of the hostel dormitory on Wednesday, with a note on her bed that said ‘Reject ABVP’. She had been having intense arguments with some extreme Leftist students for the last few days. ABVP has decided to take up the matter with the university’s vice-chancellor.

As per this media report,

“The student of JNU’s School of Languages, who did not want to be named, said when she returned to her dormitory at the Koyna Hostel at 5.30 pm Wednesday, she found all her belongings lying outside in the corridor. “They had thrown all my stuff outside and left a note on the bed saying “Reject ABVP”. I am not sure who could have done this, but since the last couple of days, I had been having intense arguments with some extreme Leftists,” she said.

“They often ridiculed me for working with the ABVP,” she said. Though the dormitory had 25 beds, only three or four students actually stayed there. Saurabh Sharma, JNU Students’ Union joint-secretary from ABVP, said he got a call from the student the moment she reached her dormitory Wednesday evening. “She got scared and called me up to explain the whole incident… I strongly condemn such activities by Leftist goons,” he said. The ABVP leader added, “Since they are losing their foothold on this campus, they and their professors are targeting ABVP activists and threatening them. I demand a fair enquiry in this matter. We will meet the V-C over this incident,” he added. “

History of Leftist Intolerance At JNU

In 90s when RW ABVP started growing in #JNU. Left would not even allow them to put up posters, would chase them2 hostels & beat them up.

It seems girls who think for themselves and disagree with leftist  group-think find themselves easy targets in JNU, with vicious bullying including attacks on personal appearance (whither feminism?)

Who Is Truly Intolerant in Bharat?

The incredible hypocrisy is that it is these very leftist organizations and social groups who were key actors in the fake ‘Rising Intolerance’ campaign in Bharat since last year. The left in Bharat takes the cake for double-speak, and it is imperative that the veneer of civilization worn by their foreign educated ideologues like Yechury, Karat et al is unmasked to reveal the true fascist nature of their ideology which masquerades as a fight for social justice.

Thr might have been old left which may have been bit tolerant but I haven’t seen it as such…seen lots of ugly politics & lumpenism in #JNU.

And all this makes a strong case for banning the leftist brand of virulent & violent politics from our campuses. Let students focus on their studies,  making a career for themselves and impacting society in  a positive way.