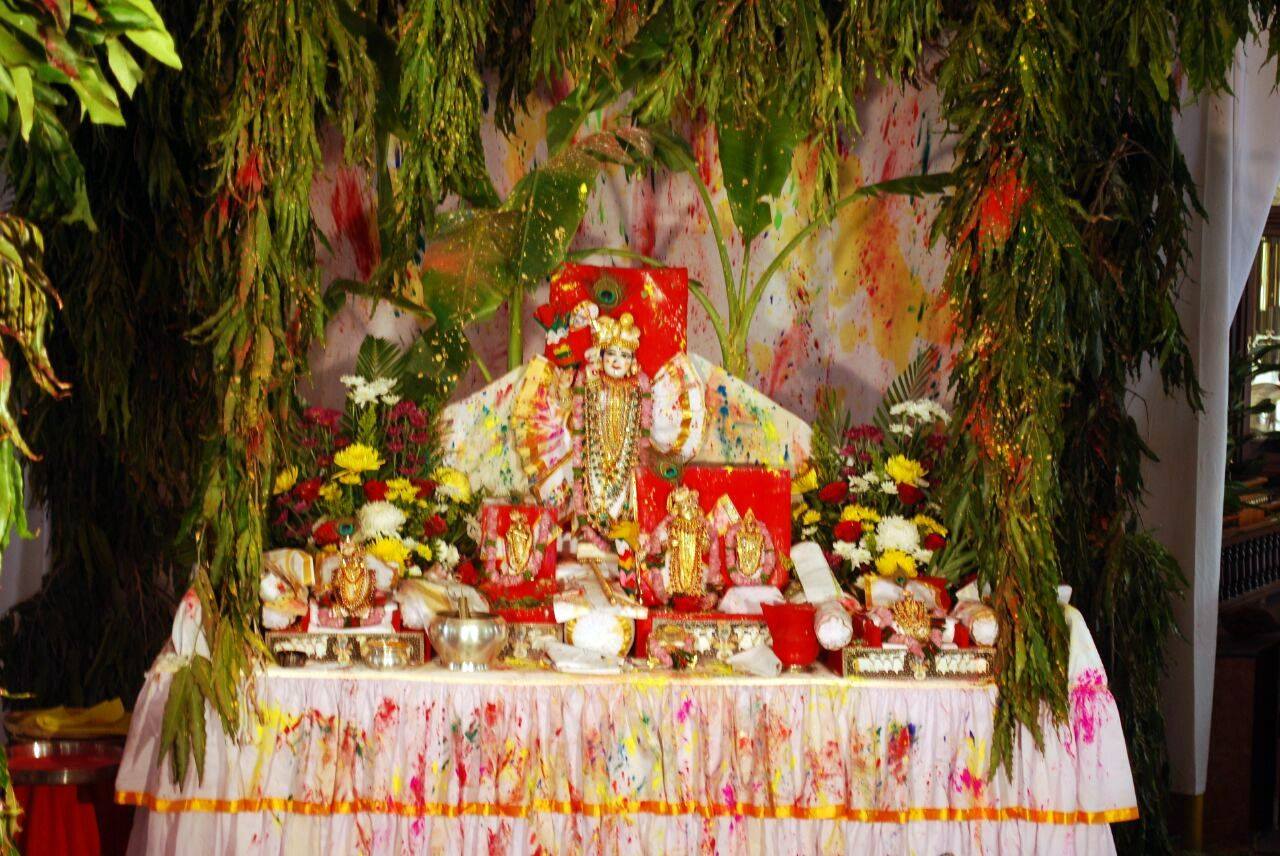 6 Hindus were injured when a Krishna Dol festival procession was attacked with stones by Muslims in UP’s Barabanki district. Heavy police has been deployed in the area, while 4 men have been arrested thus far – Alam, Sahnoor, Rauf, Munnu.

Ramdin, resident of village Gaura Salek in Mohammadpur Khala police station area, had kept a Krishna Dol (swing with murti of Sri Krishna) at his house. On Friday evening, villagers were taking out a procession of this Krishna Dol. As the procession was passing through nearby village Gandhipur, some Muslims blocked the way and a dispute erupted. Police reached the spot and calmed the situation, allowing the procession to proceed.

Police then left the spot. When the procession was on its way back, as soon as it reached near a mosque, some people started pelting stones. Gaya Prasad, Mukesh, Rajesh, Dinesh, Ramkishor, Anil Kumar got injured.

Locals are questioning why police left the spot before the procession was completed. Authorities are saying that those arrested were pelting stones from within their house. FIR will be lodged after a written complaint is received.

Attacks on Hindu religious processions are a common occurrence across Bharat. Recently, MP Hukmdev Narayan Yadav had recounted few incidents from his constituency in Bihar wherein Hindu devotees were prevented from taking out religious processions through public roads in Muslim areas, and even police was left helpless. Watch the relevant portion of MP’s speech in parliament –

Here are some other recent incidents of mob attacks on Hindu festivals and religious/cultural processions that HinduPost has reported, or which are collated from other sources –

July 2017 – Meat thrown in route of Kanwariyas in Saharanpur, UP

Oct 2016 – Tension in Gonda, UP after Durga procession attacked with stones