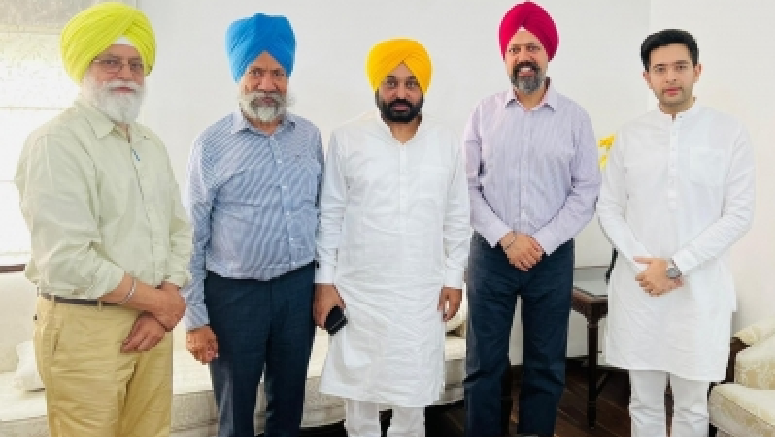 The organisation said that Maan should express regret over the recent meeting. Dhesi had met Mann along with newly-elected Rajya Sabha member and AAP leader Raghav Chadha on Sunday.

“Tanmanjeet Dhesi’s views on Khalistan are there in public domain. He also believes that Kashmir is a disputed territory and India had no right to abrogate Article 370,” Amit Raina, spokesperson of ‘Roots in Kashmir’, said.

Speaking to IANS, Raina said that Dhesi has been quite vocal on conducting plebiscite in Jammu and Kashmir, a line very similar to the one taken by ‘his benefactors’ in Pakistan.

“His stand on Kashmir is a direct attack on the integrity and sovereignty of this nation and should not be acceptable to any Indian, irrespective political ideology,” he said.

Raina added that is is very disturbing to see the Chief Minister of a Bharatiya state entertaining a well-known supporter of Pakistan on the issues of Kashmir and Khalistan.

The organisation also demanded that the government of Bharat should revoke Dhesi’s OCI card and deport him immediately.

From domestic terrorism, Khalistani US groups have evolved to political manipulation