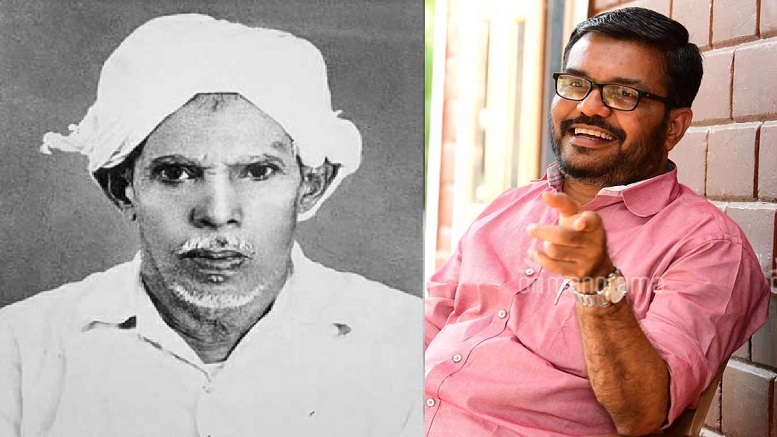 On August 22, Kerala Legislative Assembly Speaker and CPM leader M.B. Rajesh announced on the floor of the Assembly that the Khilafat or Malabar Moplah Genocide of 1921 was a glorious chapter in Bharat’s independence struggle.

Naturally, no member of the United Democratic Front, which Congress leads, spoke out against his offensive remark. Many Hindus know that such statements are part of a systematic Marxist conspiracy to appease Islamist fanaticism for the sake of cheap vote-bank politics.

Rajesh did an excellent job concealing the 1921 movement’s goal of restoring Khalifat in Turkey. Keralites should consider what may have happened if the Khilafat movement had succeeded in restoring Khalifa. What significance does the Hindu genocide in Malabar have for our nation’s independence? What was the justification for the destruction of temples, rapes of women, death of children, and the ten thousand Hindus who died during the riots? Their confiscated lands are still occupied by the same Islamist families who had indulged in violence, especially in Kozhikode and Malappuram.

Rajesh has a history of whitewashing the 1921 Hindu genocide. Around the same time last year, A complaint was lodged with the Delhi Police against Rajesh for insulting Bhagat Singh. Yuva Morcha leaders said that Rajesh insulted Bhagat Singh by comparing him to an old jihadi named Variyan Kunnathu Kunjahammed Haji. Many consider Kunjahammed, a criminal who spearheaded the Hindu genocide of 1921 and was hanged for what local Marxist historians affectionately term the ‘Malabar Moplah rebellion.’ Rajesh praised Kunjahammed for his ‘bravado’ against the British Raj. He also inaugurated a function at Thirurangadi in Malappuram organized by the state library council on the 100th anniversary of the Malabar Hindu genocide.

Back then, jihadis like Kunjahammed and Ali Musaliar, along with 387 other leaders of the pre-independence ethnic cleansing, were removed from the ‘Dictionary of Martyrs of India’s Freedom Struggle.’ The list is jointly published by the Ministry of Culture, the Government of India, and the Indian Council of Historical Research (ICHR). The communist infiltration of ICHR is well documented. It will also be remembered that it took the ICHR seventy years to make this change and that the ICHR reports directly to the Central Education Ministry.

Hindupost has earlier revealed how Rajesh’s wife R Ninitha, a government school teacher, was appointed as an assistant professor in the Malayalam Department at the Sanskrit University in Kalady, allegedly bypassing and overlooking several other better qualified and deserving candidates. Ninitha is also an office-bearer of the Students Federation of India (SFI), the youth wing of the CPM. She applied and was appointed to the new position using her Muslim background smacks of hypocrisy. It is a seat reserved for Muslims, and the fact that Ninitha is a Muslim helped. Why a seat in a Sanskrit University is reserved for  Muslims is one of those mysteries unique to Kerala.

Communists, especially the Hindus in Name Only (HINOs), have caste and religious issues. Still, if they are Muslim or their spouse is one, they have no uneasiness in using that identity to milk the state. Earlier, while admitting his children to school (he has two kids), Rajesh had boasted on social media about his decision to leave the caste and religion columns blank in the school application forms. His critics opposed it as a publicity stunt. They opined that enrolling them in government schools and publicizing the same was nothing but a classic example of using children for party propaganda.

A controversy erupted when Ninitha took to social media and said that caste and Muslim religion are mentioned in her certificates. It did not clarify her caste but proved the system among Muslims. She ranted about secularism too. She added that her children are free to join any religion if they feel the need tomorrow. Rajesh’s wife also shared her children’s certificates. Islamist media took the message far and wide. It was all part of the propaganda, and that Facebook post now stands deleted.

Ninitha is the daughter of the late Rasheed Kanichery, a CPM area committee member and a former state general secretary of the Kerala State Teachers Association. He was born to Ummer Khan and Patthumma Kunju at Panmana in Kollam and married Nabeesa Beevi (retired teacher).

Ninitha’s brother, Nithin Kanichery, is a DYFI central committee member. Earlier, Adv Jayasankar, a prominent public figure in Kerala, had alleged that Rajesh and his brother-in-law had conspired and helped acquit communist comrades accused of raping and killing two minor sisters. That case is now known as the Walayar rape case. Rajesh promised legal action, but nothing much happened after that.

These communists are the same ones who support violent radical Islamists hell-bent on preventing a movie about the same genocide from being released. If they are so sure about the greatness of the riots, why block? That movie has earned a central committee clearance and will be released after Onam. The director said that even a movie based on historical facts had to suffer many cuts and was granted an A certification. Will it stir secular Hindus from their deep slumber? Only time will tell.