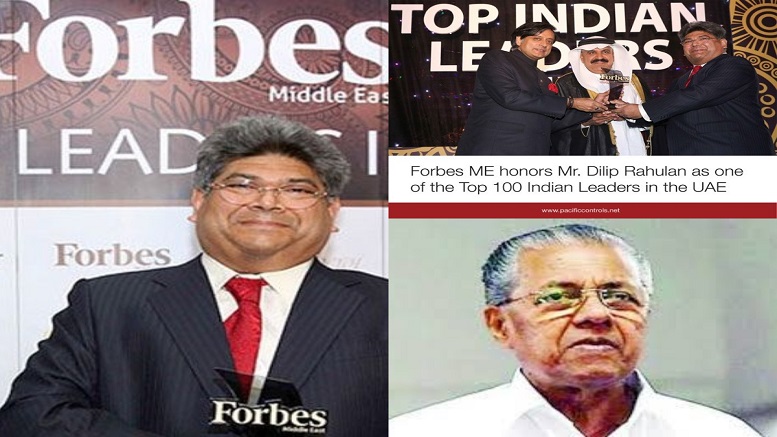 Gold smuggling into Bharat and Kerala has a long history. Recent events have brought the story of gold smuggling under scrutiny again .There was a theory that gold smuggling was mostly for the purpose of tax evasion while the recent incidents have shown that it is also linked with terror funding, separatism and for religious conversion. The mysterious foreign tours of Kerala ministers and CPIM’s links to a shady businessman named Dilip Rahulan have shed new light on the whole case.

The places of origin of gold smuggling

Let us take a closer look at the gold smuggling in Kerala.  There are two main places of origin, but both are similar in many matters. First is Saudi Arabia and second, its younger and much weaker brother, Sharjah. Sharjah is an emirate and is a part of the United Arab Emirates(UAE). UAE is a group of seven emirates which also includes Dubai and Abu Dhabi. Unlike the rest of the emirates both Sharjah and Saudi Arabia follow a form of puritanical Islam known as  Wahhabism. It has been linked to increased acts of terrorism in 21st century by many analysts.

Both these countries follow Sharia Law with all its medieval barbarism. Punishment under these laws are extreme and include stoning to death, public lashings, amputation of limbs, public executions and crucifixion. Natural law, as modern world understands, is not understood in these countries.

A resurgent Bharat and Hindu dharma, after the 2014 win of BJP under Narendra Modi, has not gone down well with the Wahhabis in the above-mentioned countries and their supporters in Bharat. However, the Wahabis love Kerala, as Zakir Naik himself confirmed in a recent video.

The Wahhabi love for Kerala is due to the fact that Kerala allows entry of their religious fanaticism into our country. The way Pakistan uses Kashmir to pump funds in the jihadi-separatist ecosystem, the same way Saudi Arabia uses Kerala. It is alleged that to pump money in Kerala, jihadis are increasingly taking the route of gold smuggling.  It is now being accused that Kerala Government has been a partner in the activities of gulf-based jihadi elements.

The Pinarayi Vijayan led Communist Party Marxist (CPM) government came to power in Kerala in May 2016. Barely a month had passed before the Minorities Affairs Minister of Kerala, KT Jaleel applied for a diplomatic passport. Ostensibly, the purpose was to travel to Saudi Arabia to study the plight of workers from Bharat trapped in migrant camps there. It should be noted that Jaleel is ex SIMI cadre who later joined the Indian National Muslim League (IUML) and is currently is in CPM. His request for diplomatic passport was turned down by the Ministry of External Affairs (MEA).

Jaleel termed the decision as unfair. CM Vijayan said that the passport not being granted was unfortunate, mysterious and an insult to the people of Kerala. Shashi Tharoor, the sitting MP from Trivandrum of Indian National Congress (INC) said that this is deplorable behavior on the part of the MEA. His party colleague Ramesh Chennithala, the Leader of the Opposition wanted the ‘mistake’ by the central government rectified immediately. So INC and the CPM were hands in glove in the whole episode.

But what was the real reason of the trip? It must be understood that diplomatic passport confers many privileges on the holder. He is exempt from usual security checks and baggage is also not scanned. This passport is available to those whom the govt deputes on official duty abroad. There are allegations that this trip had an ulterior motive. It is alleged that diplomatic passports were being misused by certain people to smuggle in gold and weapons into Bharat.

Vijayan himself has not been disclosing his foreign tour expenses even after repeated requests makes on suspect that his expenses were borne by the state but by someone else. Vijayan had traveled thrice to the UAE along with his family and it is alleged that some anti-national entities had sponsored his tours. The Enforcement Directorate, probing the gold smuggling case involving Swapna Suresh has now confirmed that both Swapna and her alleged partner in crime M Sivasankar, IAS had accompanied Vijayan on his trips to the UAE.

Dilip Rahulan and his connections to Vijayan

Another name popping up recently is that of Dilip Rahulan. He was an old aid of Vijayan back during their SNC Lavalin days and allegedly acted as middleman in the scam. It is alleged that various Keralite political leaders have earned huge amount of black money through corrupt practices. They money is routed out of Bharat through various means and invested in various front companies incorporated in the UAE.

Dilip also used to run a Company named Pacific Controls based in Dubai. He started in Australia in 1984 and then shifted to Dubai at some point of time. He became wealthy and influential enough to be listed by Forbes as one of  the “Top 100 Indian Leaders in the UAE”. It is also alleged that Swapna Suresh, of gold smuggling fame, was an ex-employee of Dilip in the UAE.

Dileep had a case of fraud against him in the Dubai. His company apparently has a “hole of 370 million dirhams” in its books, that came to light in 2016. This translates to about 735 crores of rupees! It is anybody’s guess where the money went. Many banks have filed cases against the company and personally against Rahulan, who is suspected to have run away to USA.

Rahulan was sentenced in absentia for 3 years in Dubai. Yet he was apparently invited to the Loka Kerala Sabha, a convention organized by the Kerala government for Non-resident Keralites conducted in January of 2020! Now the state BJP had alleged that Dileep might be a carrier involved with the gold smuggling ring, who misused the diplomatic passport during his visits to Bharat.

In the prevailing condition, it seems that Kerala has become a land that is being led by anti-nationals. These are apparently being funded by forces based out of foreign countries. In the ruling regime, people’s complaint is that everyone gets a cut of the money earned through illegal means. This  starts from the top leaders and goes down to the lowest rung of workers.

That is probably the reason why top leaders don’t dare to blame or question CM Vijayan. What they fail to understand is that their silence makes them look complicit in nefarious anti-national schemes.

HinduPost is now on Telegram. For the best reports & opinion on issues concerning Hindu society, subscribe to induPost on Telegram.