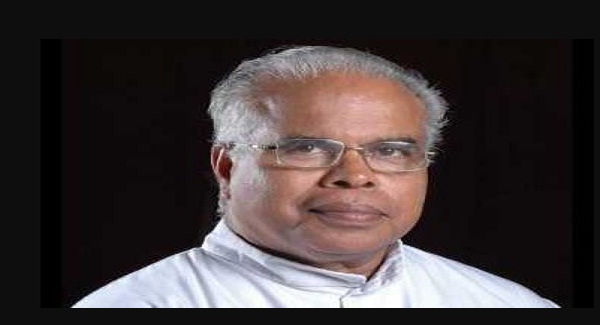 Father Thomas Peeliyanikkal, executive director of Kuttanadu Vikasana Samithy (KVS), was arrested on 19th June, 2018 in connection with a major agricultural loan scam that has left many people in Kerala’s Kuttanad areas debtors without their knowledge.  He was arrested after he ignored summons for questioning from the police Crime branch, citing health reasons.

The court of the Ramankari Judicial First Class Magistrate remanded the 72-year-old priest of Changanacherry archdiocese till July 4, 2018.

The loan fraud came to light when Shaji, a native of Kavalam, revealed that a joint liability group of farmers under KVS took a loan of Rs 5 lakh from Canara Bank in his name. Though he was not a member of that group he received revenue recovery notice from the bank. His complaint alleged that the loan was taken by Karshaka Mithra Nel Karshka joint liability group formed under KVS.

The priest is among four people accused in the scam. The others are Rojo Joseph, a lawyer from NCP practicing in Ramankari court, his wife, and KVS staff member Thresyamma. They are absconding

The crime branch investigation team arrested Father Peeliyanikkal from the KVS office.The police have registered 12 cases in connection with the scam. The priest had obtained anticipatory bail on many of them.

When the case was considered on June 20, his lawyer argued that he had obtained bail from the Kerala High Court. However, the prosecution observed the accused did not get bail for certain cases.

Father Peeliyanikkal’s lawyer insisted that his client has no direct involvement in the scam. He had only recommended banks to provide loan only as the KVS director. However, the court did not accept the arguments.

The KVS website claims it is a voluntary development organization promoted by the Changanacherry archdiocese for Kuttanad, a region covering Alappuzha and Kottayam districts of Kerala.

Chirayil, a lawyer and one of the few lay diocesan spokespersons in India, also said his archdiocese would let the law take its natural course. “We would cooperate with the law enforcing agencies,” he added.

Father Peeliyanikkal has formed some 1,500 self-help groups of farmers in the Kuttanad region. However, it has now come to light that the organization had received agricultural loans from banks in Alappuzha with the support of alleged fake documents.

The accused did the forgery and took loans from the banks in the names of the self-help group members without their consent. Many members came to know about the loans only after the banks sent them notices to attach their agricultural land.

Until the scam broke, the organization was hailed for bringing sustainable development to all Kuttanad farmers, irrespective of their religion, and making them self-reliant.

KVS is involved in multiple government initiatives at state level and is part of many prestigious government programs. It is invited in various state committees and is also a nodal agency of LIC and other insurance corporations. It also reviews various schemes and their implementation.

KVS has led various agitations in the past, and it got crores of rupees package allocated to Kuttanadu for farmers and local eco-system.

In this particular case, it remains to be seen if the Changanacherry archdiocese was involved.