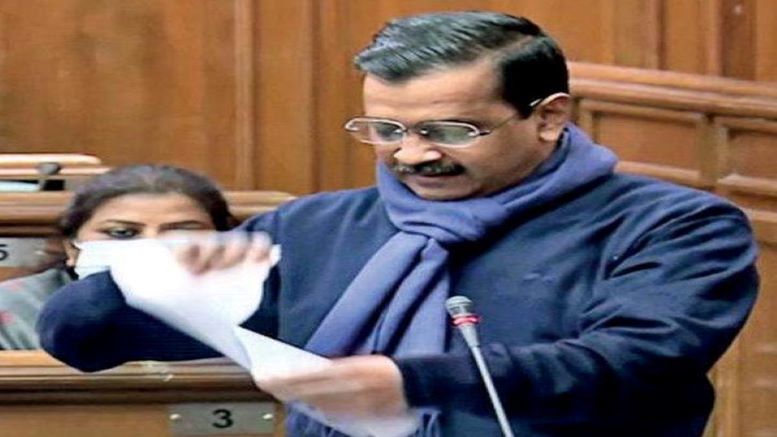 Delhi Chief Minister (CM) Arvind Kejriwal displayed an utter disregard for the constitution yesterday when he tore copies of the recently passed farm bills in a one-day special session called by the Delhi assembly.

Members of his party were heard cheering and applauding as Kejriwal tore the three bills on the floor of the house. Kejriwal then said that he and his party refuse to accept the laws which are anti-farmers in his opinion and hence need to be repealed immediately. He also alleged that about 20 farmers have lost their lives in the protests that have been going on since the last 22 days.

#Delhi Chief Minister #ArvindKejriwal (@ArvindKejriwal) and MLAs of the ruling Aam Aadmi Party (AAP) on Thursday tore copies of the new #farmlaws during a one-day special session of the #DelhiAssembly called to discuss the #FarmersProtest.

Being a CM under oath, Kejriwal ought to know that his action is directly opposed to the oath he took to protect the constitution. Kejriwal was obviously aware of the fact that his action amounts to a violation of the CM oath. As a CM, if he intended to oppose the bill and register his opposition against it then he could easily have resorted to legal methods such as challenging it in a court of law, passing a resolution on the floor of the Delhi assembly, etc.

However, looks like Kejriwal is interested only in drama and this act of his was a part of the same. He even asked the Center to withdraw the law while adding that the Centre has become worse than the British. He even made some weird allegations such as the farm bills being brought in to fund BJP’s electoral campaign. How the two are related is something only Kejriwal would know.

Politicians like Kejriwal who hold such respectable posts as that of a chief minister are expected to behave in a befitting manner.