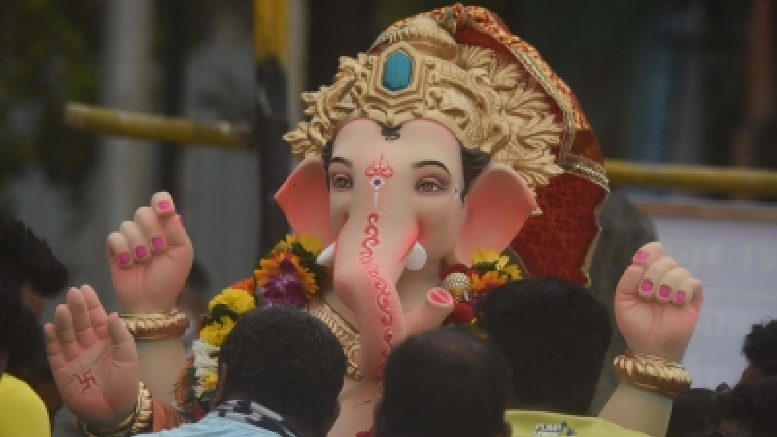 The Karnataka government on Sunday issued guidelines for celebrating the Ganesh Chaturthi festival, according to which public celebration is permitted for a maximum of five days, starting September 10.

Increasingly under pressure to permit Ganesha Chaturthi celebrations in public, the state government headed by chief minister Basavaraj Bommai, convened Sunday’s meeting where opinion of domain experts was obtained. The decision to allow celebrations with restrictions, was taken in the meeting.

In normal times, Ganesh Chaturthi used to be celebrated with gusto at homes and in public, with festivities stretching up to 21 days. However, the Covid pandemic has put a break on public festivities since last year.

Speaking to media after the meeting, revenue minister R. Ashoka said, “Installation of Ganesh idols in public will be allowed only in districts having Covid test positivity below 2 per cent. Even that is permitted for a maximum of five days only, and the idols must be immersed at designated ponds.”

While a meeting was convened on Monday to decide the immersion modalities, the minister clarified that processions and cultural programs will not be allowed during the public festivities.

As per the protocols devised for the festival, in urban areas, one public pandal can be erected per civic ward. In rural areas, the local administration will take the final call on the number of public idol installations to be allowed in rural areas.

The Covid protocol also restricts the size of a public pandal to an area of 50×50 feet, to be erected only in places that do not inconvenience the general public. Public celebration of the festival are not allowed in educational institutions. All the organisers of the festival must be fully vaccinated.

Last year’s cap on the height of idols has been retained, with a maximum of 4 feet for public and 2 feet for home installation.

The night curfew in place currently, will remain in force during the festival period.