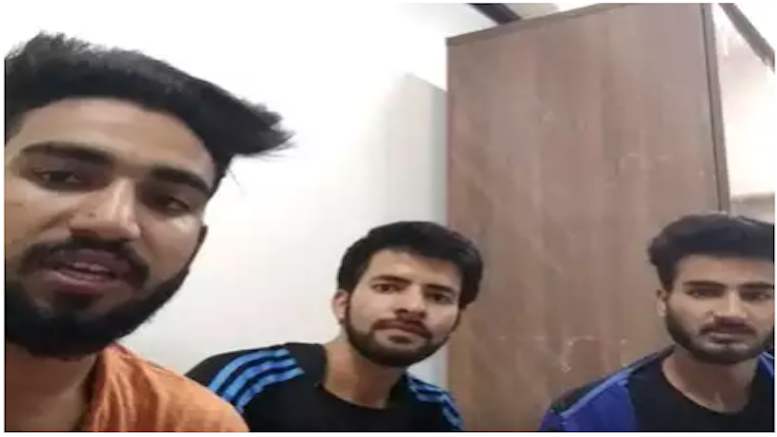 A court in Hubballi, Karnataka has rejected bail application of three Kashmiri students (of KLE Institute of Technology) who were booked for sedition after their video raising pro-Pakistan slogans to ‘celebrate’ the Pulwama terror attack anniversary went viral online, reports ANI.

They reportedly recorded the video to ‘celebrate’ the anniversary of the Pulwama suicide bombing in which 44 CRPF jawans were martyred on 14 February 2019. The Pulwama attack was carried out by Pakistani terror outfit JeM (Jaish-e-Mohammed) who used local Kashmiri youth Adil Dar as the fidayeen. In a video recorded before the attack, Dar had exhorted Indian Muslims to destroy shirk (Hindu practises like murti–puja) and defeat ‘cow piss drinking mushrik’ (non-believers).

After being arrested, the students were released a day later once they executed a bond under Section 169 of the CrPC. Under Section 169 of the CrPC, an accused is let off when the investigation officer is of the view that there was no sufficient evidence to produce him before a court for remand. The police re-arrested them on February 17 after members of Hindus organisations like Bajrang Dal protested outside the Gokul police station in Hubli where the students were lodged for a day. An FIR under IPC sections relating to sedition and communal harmony was filed.

Hubli Bar Association passed a resolution prohibiting members to appear for the three Kashmiri students, but this was overturned by Karnataka High Court. Earlier, the Mysuru Bar Association had also passed a similar resolution against legal representation to a student who was booked on similar charges for holding a “Free Kashmir” placard.

Now, with the Hubbali court refusing the accused’s bail plea, the initial police decision to free the students appears to have been hasty. For far too long, Bharat has taken crimes of sedition, treason and secessionism lightly, an attitude encouraged by ‘secular’ politicians and entrenched ‘liberal’ elements in judiciary and other institutions. This needs to change in light of the serious internal and external security threats facing the nation.