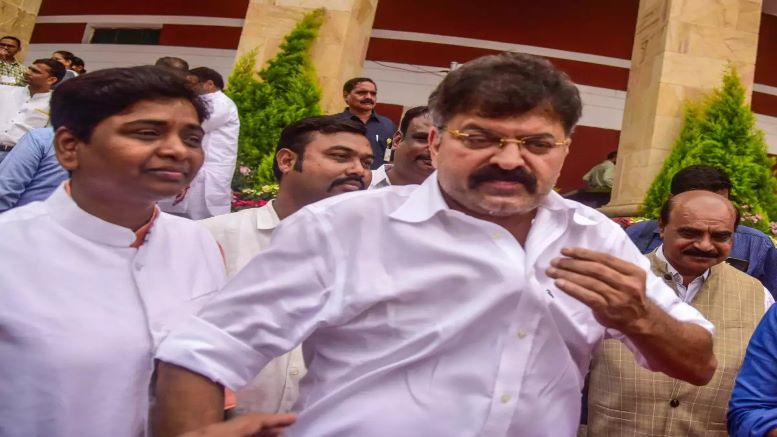 NCP leader and Maharashtra Cabinet Minister Jitendra Awhad, who is well-known for his controversies, has stirred up another one by taking a jibe at his cabinet colleague and CM Uddhav Thackeray by calling him double-faced.

Awhad also added “Our party leader Nawab Mallik is right in calling him double-faced. A person who sends his people to request help from a leader and later himself insults that very same leader whose help he sought, is definitely double-faced. Thackeray should have vowed to build the memorial on his own and not sought anyone’s help. He gets angry when anyone says anything about his father but he comments on Pawar saheb who is a father figure for us NCP members.”

He concluded by saying that no one should expect NCP workers to silently bear insults directed at their leader. Just like he gets angry, we also have the right to get enraged. Although MVA Allies keep denying rift between them such statements from no less than a cabinet minister points towards the extent of mistrust between the allies.

One of the many things that the MVA (Maha Vikas Aghadi) government seems to lack includes co-ordination. Every other day the Congress gets upset with something or the NCP has reason to complain despite putting up a brave face. CM Uddhav Thackeray’s decisions are more often than not super ceded leaving him red-faced with embarrassment. Awhad’s jibe is yet another proof of how MVA allies keep pulling in different directions.