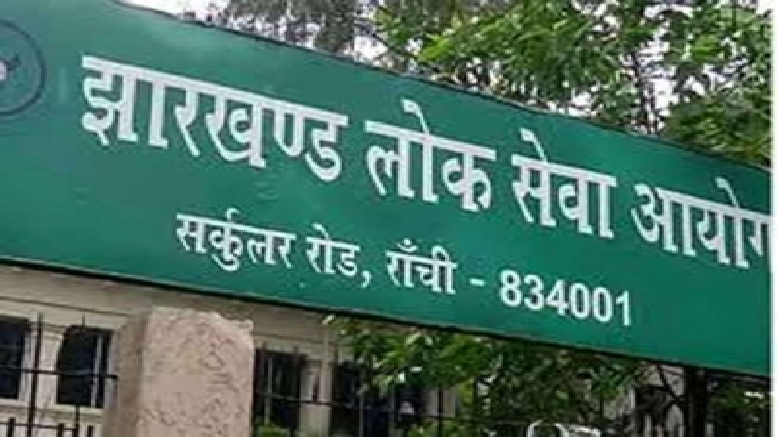 Jharkhand Public Service Commission (JPSC), the apex body responsible for generating employment opportunities in the state, has created more controversies than jobs in the last 20 years. Established two years after the formation of Jharkhand in 2002, it has been at the centre of innumerable allegations of corruption and irregularities.

So far, 16 of the examinations conducted by the commission have been investigated by the CBI. Some of its members and chairpersons have also been arrested in connection with irregularities in these competitive tests. About five dozen cases have been registered against these disputes. The Jharkhand High Court has cancelled many JPSC exams or merit lists in the past one year.

The latest controversy pertains to the Civil Services Preliminary Examination held last year, for which the JPSC itself admitted in the High Court on January 25 that there had been discrepancy in its results. Before the court could issue any order, considering it a mistake, the commission sought time to issue fresh results.

JPSC had issued an advertisement last year for the seventh to 10th batch of state civil services exams. As many as 2,49,650 candidates appeared in the preliminary tests conducted on September 19. The results were declared 42 days later. At first, it was claimed that the JPSC had created history by releasing the results in record time. However, later it was revealed that there were several irregularities in its merit lists.

The exams were held at a total of 1,102 centres. Among the total successful candidates, three dozen test-takers with consecutive roll numbers, from two to three of these “special” centres, had passed. Following this, people started alleging various kinds of irregularities including non-compliance of reservation rules, non-issuance of cut-offs, after so many candidates appearing from the same examination centres, with consecutive roll numbers, were declared passed.

Taking cognizance of such complaints, Governor Ramesh Bais summoned JPSC Chairman Amitabh Choudhary to Raj Bhavan. But he vehemently denied all the allegations. He also denied the discrepancies on his official website and described the success of candidates with consecutive roll numbers as a coincidence. However, after a few days, it released the revised result and declared the 49 candidates who were declared successful as failed.

Following this, the candidates in Ranchi protested against the discrepancies in front of the JPSC headquarter for several days and eventually filed petitions in the High Court. However, amid these controversies and lawsuits, JPSC also released the schedule for taking the main examination on January 28.

The court had directed the commission to file a reply on the points of allegations of irregularities, but on January 25 it informed the court about the postponement of the main examination, admitting that the results of the preliminary examination were not as per the rules. The process of the examination will be completed for now but the information regarding final appointments will be declared later.

In the last six years, JPSC has not conducted a single civil service examination, even though there is provision to take the exam every year. The tests conducted in 2016 had also stirred controversies for irregularities in the appointments made on the basis of its final results and the case related to this is still going on in the court.

In the sixth civil service exam also, the results for the prelims had to be revised thrice. It took about 360 days for the results to come and about four and a half years to make the appointments after the last interview.

JPSC has conducted a total of “six and a half” civil service examinations for 1,292 posts in 20 years; which means that despite all the controversies, appointments have been made on the basis of six examinations only and the seventh exam got cancelled in the first phase after a new irregularity was reported.

There were 64 posts in the first civil service examination, 172 in the second, 242 in the third, 219 in the fourth, 269 in the fifth and 326 posts in the sixth. At least 54 cases are going on in the court regarding the six examinations, while four to five petitions have been filed against the seventh.

In the first exam held by the commission in 2003, it was alleged that officials for 64 posts were appointed without evaluating their answer scripts.

When the matter came to light, forensic investigations were conducted. The then Governor, Syed Sibte Razi, had handed over the investigation of the whole matter to the Vigilance Bureau. All its members, including the then secretary of JPSC, Dilip Prasad, were arrested on charges of irregularities and corruption.

The High Court had quashed the appointments and asked the CBI to step in and investigate the matter. However, later the Supreme Court stayed the order of the High Court and allowed all the appointed officials to work till the matter is heard.

In the second Civil Services Examination, conducted in 2005, the appointment advertisement was issued for 172 posts. But out of them, 165 appointments made were considered disputed and are currently being investigated by the CBI. There were allegations of irregularities in the third civil services examination as well.

In the fourth test, after discrepancies were reported in the question paper, the Commission’s Examination Controller himself recommended cancellation of the exam. The commission was embroiled in controversies regarding the appointment of lecturers in the fifth exam.

Dr. S.C. Sharma, senior professor of the Postgraduate Department of Vinoba Bhave University in Jharkhand, said that by now 20 civil service examinations should have been conducted in the state.

Talking about the commission’s failure in conducting fair examinations every year, Senior journalist Sudhir Pal said: “Recruiting institutions like JPSC had the responsibility of creating talented human resources for new Jharkhand, but in the last two decades, its performance has been the complete opposite of its objective. Unless the government strictly assigns responsibilities and investigates the performance of these institutions, the cases of unemployment in the state will keep rising.”