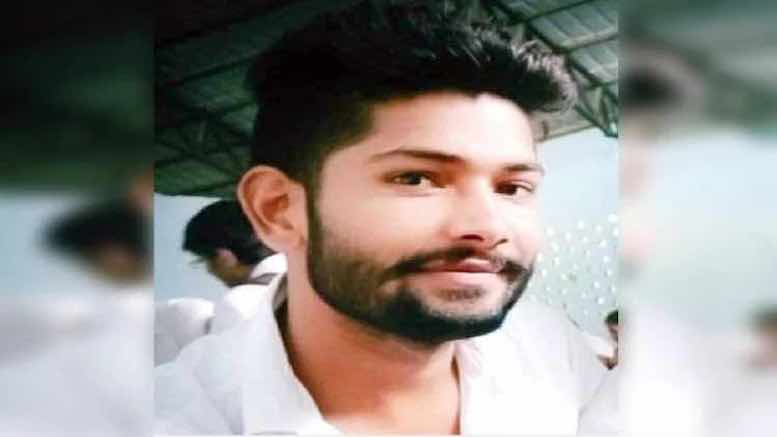 A Hindu youth Rachit Chaudhary (27) was brutally gunned down in broad daylight by 5 Muslim men in Jhalu, district Bijnore, Western UP on Friday morning. Rachit tried running into a shop to save his life, but the accused barged in there and shot at least 13 rounds at him with country pistols, killing him on the spot.

Four of the killers – Shadab, Sariq, Shahbaz, Shehzad – were apprehended by police along with their murder weapons while one got away. Police claims that the murder was done due to an old rivalry.

The whole town and market area is in terror after this brazen murder. Chillingly, in a video where the accused are seen being taken away by the police, one of them can be heard telling someone ‘Make sure our video comes on YouTube’. As per reports, the murderers even smoked cigarettes and joked around after shooting Rachit, while he lay dead at their feet.

Many netizens are wondering why Rakesh Tikait, who has been fashioned as a major Jat leader in the last few days by the left-liberal media, is silent on Rachit’s murder, seeing that it has occurred in the same region of UP from where Tikait is trying to draw support for his protest against the agricultural reforms. Many were sharing the news with the hashtag #JusticeForRachit.

The protests started in Punjab last year by farmers, middlemen and politicians with a stake in continuing the monopolistic APMC mandi system. They were soon infiltrated by Khalistani elements, and by the time the protests came to Delhi’s borders they were hijacked by all sorts of #BreakingIndia elements, including Naxal supporters. On Republic Day, Khalistani separatists stormed the Red Fort and hoisted a religious flag.

Tikait, who had welcomed the reforms when they were passed by Parliament, soon made a complete U-turn and has now emerged as a central figure of the protests, for what critics claim are his own political goals. Tikait and RLD have joined hands under the guise of these protests keeping the UP 2022 elections in mind, and are also trying to build an alliance with Muslim leaders like SP’s Ghulam Mohammed.

Incidentally, Rakesh Tikait and his brother were accused of ‘communal incitement’ over the 2012 Muzaffarnagar riots that erupted after multiple incidents of Hindu women and girls being sexually assaulted, harassed and stalked.

With media desperate to create a narrative of a Jat-Muslim alliance in Western UP, it remains to be seen what impact Rachit Chaudhary’s murder and the continued grooming of Hindu girls by Muslim youth in West UP has on events in the coming days.