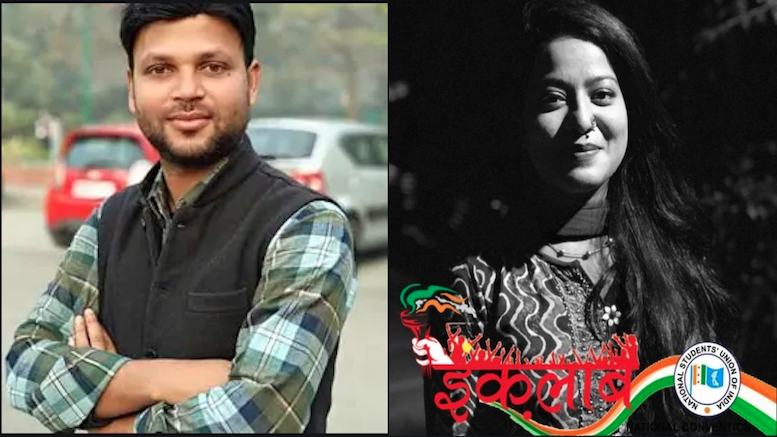 Meeran Haider (35) was arrested on 2nd April and has been accused by police of orchestrating violence in North-East Delhi. According to Delhi police, Haider was involved in using WhatsApp to bring in rioters from outside Delhi, chiefly from UP, and also to identify targets of violence.

Kashmiri student Safoora Zargar, who was arrested by Delhi Police’s Special cell on Saturday night, is accused of stoking violence after gathering Muslim women at Jaffrabad metro station in NE Delhi – an event considered to be the trigger for the Delhi riots. Zargar is the media coordinator of the Jamia Coordination Committee (JCC) – a controversial group comprising students and alumni from the varsity, which has been spear-heading the anti-CAA protests in the capital and which was found to have morphed and edited videos to further their cause.

Zargar has links with Congress and NSUI, and is an Islamic hardliner who takes pleasure in ‘seeking azadi (freedom)’ for various parts of Bharat like Kashmir, Bihar, Kerala. Apparently, Zargar was involved in Shaheen Bagh protests too. NSUI national secretary Anushesh Sharma has voiced his protest against ‘innocent’ students like Safoora Zargar being arrested.

Police had earlier arrested another Congress leader and ex-municipal councillor Ishrat Jahan for instigating violence during Delhi riots and obstructing police work, while AAP councillor Tahir Hussain has been arrested for gathering a mob of hundreds of Muslim rioters in his house in Chand Bagh area and using them to target Hindus of the area. Special cell of Delhi Police has also arrested a Kashmiri couple – Jahanazaib Sami (36) and his wife Hina Bashir Beigh (39) – from Jamia Nagar on charges of being Islamic State (IS) workers who were inciting other Muslims to commit acts of terror and carry out violence in name of anti-CAA/NRC demonstrations.

These arrests provide yet more evidence on how Islamic hardliners instigated violence in Delhi. The liberal Lutyen’s gang had been trying hard to portray the Delhi riots as a ‘state-sponsored pogrom of Muslims’, but the truth is diametrically opposite. With Meeran Haider and Safoora Zargar being arrested not just the role of Islamist ‘student activists’ but also the role of so called ‘secular parties’ such as Congress and RJD which harbor such people has come to light.