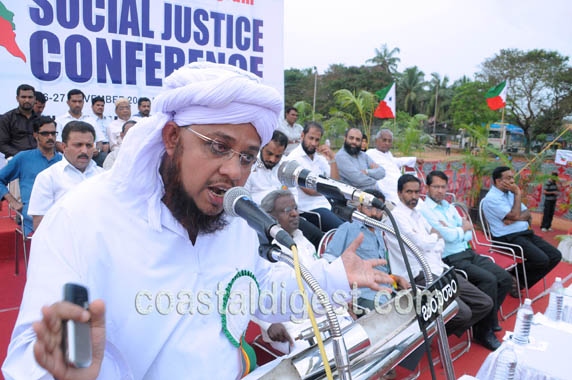 Abid Pasha, a 34 year old carpenter associated with the Islamic fundamentalist group Popular Front of India (PFI), has been arrested by Karnataka police for the recent murder of BJP worker K Raju and for 7 other murders over a span of 6 years, besides being involved in other deadly attacks on BJP/Sangh parivar activists.

As per this report, besides the murder of K Raju, Pasha was involved in a series of six murders between 2008 and 2011 and another in 2014.  Mysuru city police said Pasha and his gang not only targeted BJP, Bajrang Dal and RSS members in Mysuru, but also teamed up with Islamists in Mangaluru to target Hindu leaders there. “They began targeting Hindu leaders soon after the BJP came to power in Karnataka in 2008,” an officer said.

This is the list of murders and other known attacks committed by Pasha and his gang:

Member of PFI; links with underworld

After the double student murder, the police identified him as an activist of a group known as Karnataka Forum for Dignity, which in 2009 had merged with radical Islamist southern political groups of Kerala and Tamil Nadu under the umbrella of Popular Front of India.

Mysuru police first tracked the suspects in Raju’s murder to a madrasa (Islamic school) in Pune, where they nabbed three men though Pasha escaped. He subsequently returned to Mysuru, where he was finally caught on August 7. Commissioner Dayananda said the police are verifying Pasha’s links to radical Islamist elements and to underworld elements — he has been found to have participated in attempts made by India-based associates of gangster Chhota Shakeel (key aide of Pakistan based Dawood Ibrahim) to murder two Hindu leaders in Mangaluru.

The police have invoked sections of the Unlawful Activities Prevention Act against Pasha.

HinduPost had earlier highlighted PFI’s rising terror in the Kerala & coastal/southern Karnataka region, in our report on the recent murder of RSS volunteer Praveen Poojari. That murder occurred on 14 Aug, a week after Pasha’s arrest – which goes to show that the Islamist terror network is deeply entrenched; arresting one Pasha and his gang is not enough. Law enforcement needs to go for the jugular – the PFI leadership. But going by the close links between PFI and Congress, a crackdown on PFI by the Karnataka Congress Government looks unlikely.

In the normal course of things, one would think that a man arrested for a series of religious & politically motivated brutal murders over an 8 year period would be deemed ‘news worthy’. But when it comes to the national media of Bharat, especially the English language media, common sense has nothing to do with editorial decisions. This news finds sparse coverage in media, and even when it is covered, the headlines appears to water down the severity of the crime. Imagine the outrage if someone connected to a Hindu organization was arrested for the serial murders of Muslim social & political activists?

If just read headline and see the pic, would think carpenters affiliated with RW Hindu groupps have been murdering, while it’s the reverse

And when we check the Bengaluru edition of the ‘leading’ English newspaper of this country – Times of India – we find 0 (yes, zero) reference to this arrest on the front page. For comparison, here are some of the news items which did make it to the TOI front page –

Does one need any more proof that our media works as per the socio-political agenda set by the liberal-secular crowd, and that Hindu lives are considered cheap by our Lutyen’s elites?

This satirical tweet says it best about the complete silence in Lutyen’s ecosystem over the arrest of Abid Pasha, contrasted with the latest manufactured outrage over Congress leader and actress Ramya’s pro-Pakistan comments being labeled ‘seditious’:

When a planted complaint against a Congress leader in a Congress ruled state makes headlines over killings of Hindus in state, we’ve won.