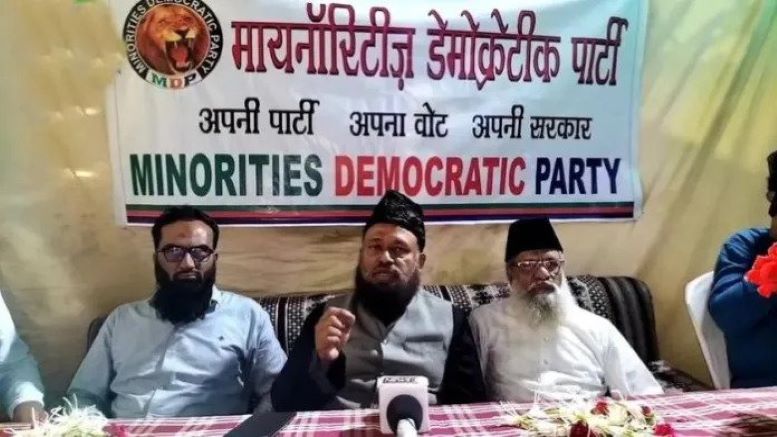 Islamist cleric Hamid Engineer has openly threatened Nupur Sharma saying she signed her suicide note by ‘insulting’ Muhammad. He also said that Kamlesh Tiwari was killed after five years. Nupur Sharma has been at the receiving end of Islamist threats ever since ‘fact-checker’ Zubair Muhammad shared a heavily edited clip of the debate in which the ex-BJP spokesperson is said to have made the alleged blasphemous comments.

Engineer is the President of Iman Tanzim Islamic threatened both Nupur Sharma and Naveen Kumar Jindal in the press conference on June 5, 2022, in Nagpur. He said that insulting Islam amounted to signing one’s own suicide note. The video was shared by the Middle East Media Research Institute.

“To attack the honorable Prophet Mohammed and to attack his honor, there is only one consequence of this – and that is death. No one can stop you (from being killed). You are signing a suicide note (by making such remarks). Kamlesh Tiwari was killed after five years. People killed him after five years by entering his home. Don’t think that, if the issue is resolved today, you will be spared. So better you don’t commit blasphemy”, Engineer said at the conference.

There have been violent protests across the country and even in the neighboring Islamic nations Islamists have used this opportunity to unleash more violence on the Hindu minorities there. 6-month pregnant Nupur Saha was gang-raped and murdered by Islamists in Bangladesh allegedly to ‘avenge’ Nupur Sharma’s ‘blasphemous’ remark.

A young engineering student Saad Ashfaq Ansari was arrested in Mumbai’s suburb Bhiwandi after a mob assaulted him and 26-year-old Sriram was assaulted by a Muslim mob in Solapur for his WhatsApp status message supporting Sharma.