ISIL Indian affiliate (Hind Wilayah) has 180-200 members, many in Kerala and Karnataka 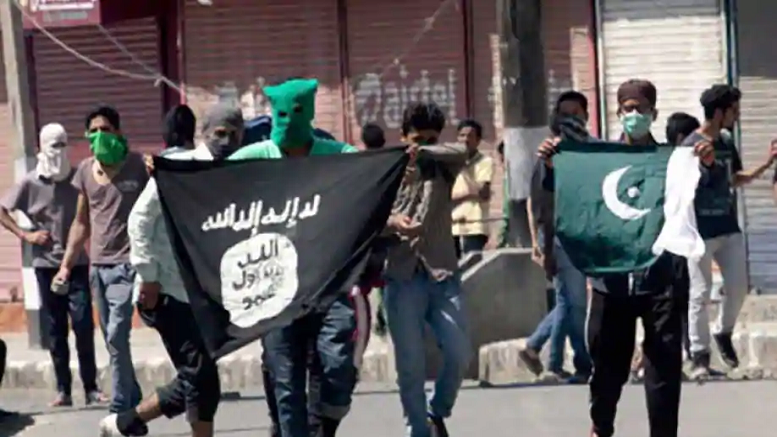 A UN report by its Analytical Support and Sanctions Monitoring Team concerning ISIL, al-Qaeda and associated individuals has said that the ISIL Indian affiliate (Hind Wilayah) has between 180 and 200 members, with significant numbers of terrorists in Kerala and Karnataka.

The 26th report of this UN Security Council team also noted that the al-Qaida in the Indian Subcontinent (AQIS) terror group has between 150 and 200 militants from Bharat, Pakistan, Bangladesh and Myanmar, and is planning attacks in the region. AQIS operates under the Taliban umbrella from Nimruz, Helmand and Kandahar provinces of Afghanistan.

In May last year, the Islamic State (also known as ISIS, ISIL or Daesh) terror group claimed to have established a new “province” in Bharat and that the Arabic name of the new branch is “Wilayah al-Hind” (India Province). Previously, ISIS attacks in Kashmir were linked to its so-called Khorasan Province branch, which was set up in 2015 to cover “Afghanistan, Pakistan and nearby lands”.

IS has also been releasing a publication for jihad in Bharat, SAWT al-Hind or Voice of Hind.

Recently, IS terrorists from places as far apart as Kashmir and Tamil Nadu have been arrested in New Delhi. It is indeed a worrying question as to why Muslims from South Bharat, a region which is more prosperous and literate than the North, are being drawn to the global Islamist ideology and groups like IS?

The report also shows how Pakistani nationals form the top leadership of these terror groups such as AQIS, ISIL-Khorasan and Tehrik-e-Taliban Pakistan, and most of them are yet to be blacklisted.

Head of the ISIL-K Aslam Farooqi (also known as Abdullah Orokzai), arrested recently by Afghan forces, hails from Pakistan’s Khyber Pakhtunkhwa and is the mastermind behind the terror attack on a Kabul gurudwara in March that killed 25 Sikhs. AQIS’ leader is Pakistan-born Osama Mahmood. Farooqi and Mahmood are not blacklisted by the UN Security Council sanctions committee.

One of the largest terrorist group in Afghanistan, Tehrik-e-Taliban Pakistan (TTP), is led by Pakistan-born Mehsud Amir Noor Wali Mehsud who was designated a global terrorist by the UNSC sanctions committee only this month, more than two years after he was named the TTP leader.

The report also adds that al-Qaida leader Aiman al-Zawahiri remains based in Afghanistan, and is maintaining close cooperation with the Pakistani Army backed Haqqani Network (HQN).