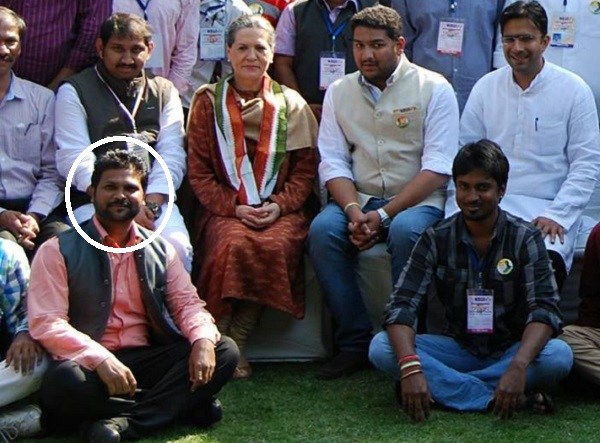 Youth Congress leader Mirza Mouzam Baig, an advocate from Hyderabad, has been arrested by police on charges of stalking and harassing a woman whom he had befriended on Facebook.

Deccan Chronicle reported on the incident:

“According to the inspector at Langar Houz Police Station, on February 18, a complaint was received from a 33-year-old woman stating that her Facebook friend, Mirza Mouzam Baig (accused), who is an advocate by profession and a Youth Congress leader, is interfering in her personal life along with his friends and sending vulgar messages on social media.

The accused had collected all information and was blaming her by making false allegations.

He also insisted her to have a physical relationship with him, and when refused by the victim, he started sending vulgar messages to her friends and husband through his friend Shaik Ahmed Parvez and others.

A case has been registered under Section 354-D and 507 of the Indian Penal Code (IPC) and the accused has been taken into custody effecting his arrest.”

The victim, who claimed that Baig and his friends tried to put pressure on her to ‘settle’ the matter, has come out in public to narrate her ordeal at the hands of Baig –

Mirza Mouzam Baig describes himself as a student leader of the Indian National Congress on his Facebook profile:

He has also put pictures with prominent Congress leaders on facebook:

Congress party has a long history of of sexual abuse and harassment by its male workers, as we highlighted in an earlier article. In Jan 2013, young women workers of Congress had raised the issue of sexual exploitation at hands of senior party leaders, with party President Sonia Gandhi & appealed her to stop the “psychological and physical torture”.