Leftist students ransacked and vandalised the office and on-campus residence of Hyderabad Central University vice-chancellor P Appa Rao when he returned to campus after his two-month-long leave. Students barged into his residence, broke window panes, smashed doors, television and other items while shouting slogans against Rao resuming his duties as vice-chancellor.

Later, some of them abused and threw stones at the police, seriously injuring one constable P. Srikanth Reddy, and injuring others. 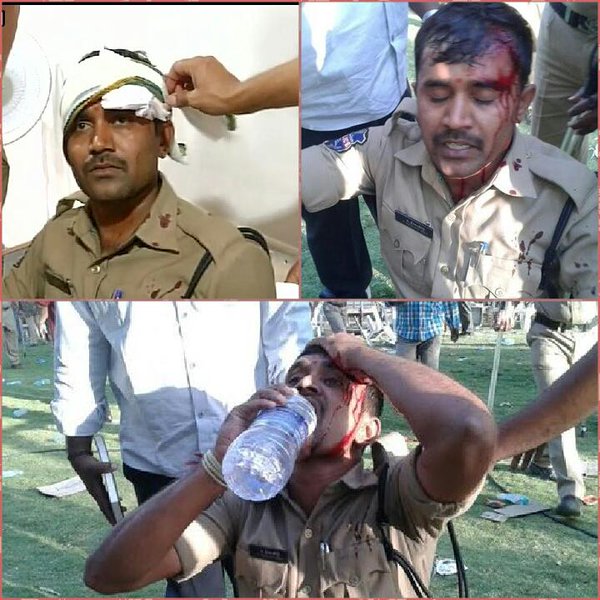 Rao, who went on leave after Rohith’s suicide, is accused by leftist student groups of ‘abetting’ Rohith Vemula’s suicide. These students are also blaming the “dictatorship of the union government” in allowing Rao to resume his duties.

Everybody from Congress vice-president Rahul Gandhi, Delhi Chief Minister Arvind Kejriwal, CPI(M) general secretary Sitaram Yechury, TMC’s Derek O’Brien, and even MIM’s Asaduddin Owaisi have tried to use this tragic death for their politics. UoH has been converted into a circus with endless protests, press conferences and high-profile visits. The latest entry to the bandwagon is the current darling of media, and liberal chatterati – JNU’s Kanhaiya Kumar.

But in the end, it is the poor student of University of Hyderabad who just wants to focus on his studies and career that is suffering in the endless game of political one-upmanship being played over Rohith Vemula.

(This article has been curated from the following news sources –1, 2)