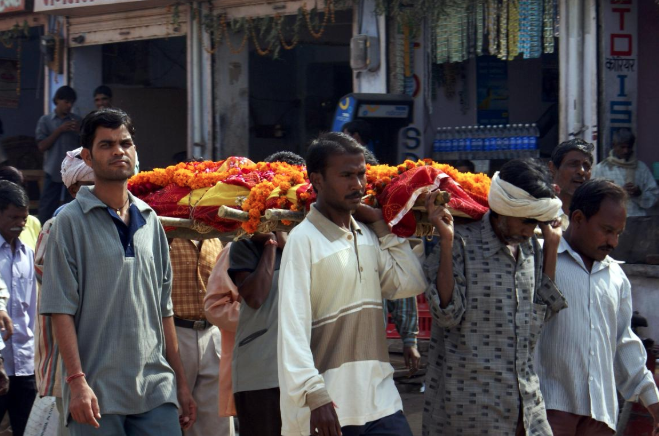 It has become fashionable nowadays to say or type RIP whenever we hear of someone’s death. This is particularly so in the social media circuit. Like we have imported and adopted so many western customs so also have we adopted this practice without pausing to think of the deep religious connotations this term has.

“Rest in peace” (Latin: Requiescat in pace) is a short epitaph wishing eternal rest and peace to someone who has died. The expression typically appears on headstones, often abbreviated as “RIP” or “R.I.P. It derives its origins from the deep Abrahamic tradition of “Judgement Day” when the departed soul would unite with its body and the dead would rise and Jesus/God would sit in judgement and each “Man must give account of himself on the day of judgement” (Matthew 12:36; Romans 14:10,12) and shall be “judged by how he measured up to the word of God.” The sinners would be cast into hell fire and suffer eternal damnation and the good shall obtain salvation.

The Hindu tradition of Karma on the other hand does not consider anyone to be a sinner, and postulates that each person is impelled by his or her karma and the play of gunas to behave in a particular way. The Hindu belief as laid out in Hindu Dharma clearly states that the soul never dies:

“Never is he (Soul) born, nor does he die at any time,
he has never been brought into being, nor shall come hereafter;
unborn, eternal, permanent and ancient (primeval).
When the body is slain, he is not slain.”

The soul sojourns through various bodies in its quest to attain liberation (moksha):

“As a man casts off worn-out garments and puts on new ones,
so the embodied soul casts off the worn-out body and enters other new ones.”

The Hindu belief that the soul undergoes multiple births to help it “work-out” its karma through a gradual, graded, and continual process of refinement is completely contrary to the belief in Eternal damnation, Judgement day etc.

Why can’t Hindus simply say: “My/Our Condolences” or “Om Shanthi” (which by the way is again for the family members grieving at the loss, the soul knows no loss)?

It is time Hindus moved from darkness to light…

(This article was first published on the author’s blog)

Apart from saying ‘Om Shanti’ to comfort the loved ones of the departed person, we should also say “Om Sadgati” as a prayer to the divine to guide the jiva atma towards a higher consciousness in its next birth.

PS: As some readers have commented, soul is different from atman. As Rajiv Malhotra explains –

“Atman is not soul, because of reincarnation and because of atman’s identity with Brahman (whereas soul does not reincarnate, and “soul = God” is blasphemy in most Abrahamic religions’ interpretations). Moksha and nirvana are not Salvation, because the latter is an escape from Eternal Damnation into Heaven, concepts that are very Abrahamic.”

We agree that Atman is another Sanskrit non-translatable term that should be used as is. However, as the main article has been reproduced from another blog, we will let the original usage of ‘soul’ stand.